Hasidic Pedophile Violates Probation-Only Sentence, Could Be Sent To Jail 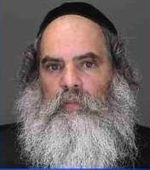 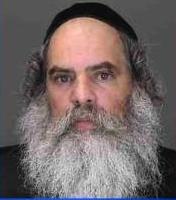 Turner attended the same wedding – which was held in a local hasidic school, a place Turner is forbidden to be in – as the boy, failed to find full-time work, and did not tell his probation officer about the car he is driving, the Rockland District Attorney’s office told the Journal News.

Kenneth Gribetz, Turner’s lawyer, insisted that Turner was invited to the wedding and that he did not know that the boy – who was not invited, Gribetz reportedly said – would be there. He also noted that the school the wedding was held in was closed for the summer break.

However, the custom in hasidic and other haredi communities is to allow anyone to attend the wedding, and special dessert-only buffet tables are normally set up to accommodate uninvited guests.

“He didn’t know the child would be attending. They didn’t speak with each other and they didn’t have any contact,” Gribetz reportedly said.

Gribetz also claimed the wedding Turner attended was held at 10 p.m. July 25 in Kaser – although the wedding almost certainly began hours before that.

Turner is charged with “second-degree criminal contempt for violating an order of protection by being within 500 feet of the young man and for being on school grounds,” the Journal News reported.

Prosecutor Jennifer Parietti reportedly said Turner could be sentenced to up to six months in jail because that sentence would allow Turner’s 10-years probation-only sentence to continue to be in force. If Turner is sentenced to a longer term of confinement or convicted of another related crime, sate law would void the probation-only sentence and mandate a prison term for the original sexual abuse.

Turner pleaded guilty on January 18 to committing raping and having oral sex with his young victim on seven different occasions during July of 2011, and could have been sentenced to seven years in prison.

Prosecutors offered the plea agreement to Turner, telling the judge that the boy’s family did not want the boy to testify in open court – something that appears to be false.

Turner is classified as as a Level 2 sex offender.

He’s due back in court October 15 in New City.

Hasidic Pedophile Violates Probation-Only Sentence, Could Be Sent To Jail