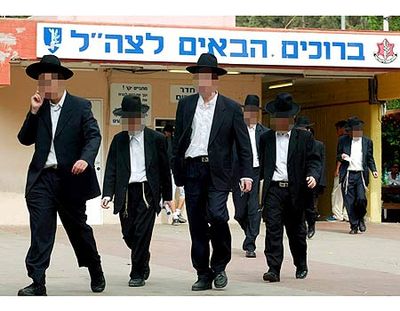 The funding had originally been cut as part of the new government’s coalition agreement with Finance Minister Yair Lapid's Yesh Atid Party. But what Ha’aretz calls “intensive discussions between Lapid and Hatnuah Party Member of Knesset Elazar Stern” resulted in NIS 50 million ($14.2 million) of that funding restored for next year – but only if the haredi yeshivas teach classes on Zionism.

Haredi yeshivas are either vehemently anti-Zionist or less stridently so. The forced inclusion of a Zionist curriculum will certainly be viewed as a slap in face by yeshiva administrators and deans.

“In terms of the agreement, every ultra-Orthodox student from abroad will have to attend a series of mandatory lessons in Zionism, supplemented by visits to Israel Defense Force bases where ultra-Orthodox units are stationed. In an effort to encourage them ultimately to enlist in the IDF, the overseas yeshiva students will meet with the soldiers and get an explanation from them about their army service and how their ultra-Orthodox lifestyle is integrated into service in the military.

“The overseas students will also visit military memorial sites, such as the Armored Corps memorial at Latrun and the Ammunition Hill battle site in Jerusalem. In addition, they will attend a seminar on the Holocaust at the Yad Vashem Holocaust museum,” Ha’aretz reported.