Gur (sometimes spelled Ger or Gerrer) hasidim have found a new sex-related ban to add to their long list of similar restrictions – a ban on soy foods. 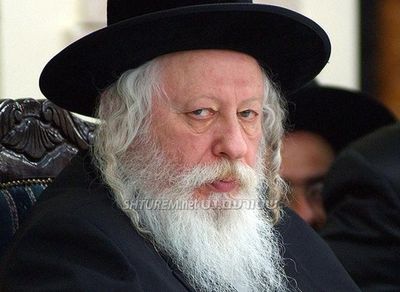 Gur (sometimes spelled Ger or Gerrer) hasidim have found a new sex-related ban to add to their long list of similar restrictions.

According to a report in BaOlam Shel Haredim based on a HaMevasser report, Gur has now banned soy products like veggie hot dogs from its yeshivas due rabbis’ fears that the hormones in soy foods will cause the bodies of young teen students to become feminine in appearance and thereby cause their rabbis and older students to become sexually aroused seeing them.

Eating extremely large amounts of soy products on a daily basis over a very prolonged period of time can in some cases cause men to begin to develop breasts. But the amount of soy needed to be consumed for that to happen is well beyond the amount an average person would ever consume, and even then the reaction is rare.

But Gur – which had, for example, previously banned all foreplay for married yeshiva students – is worried that soy will damage the spirituality of its yeshiva students by accelerating their sexual maturity.

It also fears its teen girls will sexually mature faster by eating soy.

Doctors and scientists find no scientific evidence to support Gur’s decision to ban what is the cheapest – and, probably, the healthiest – protein available. 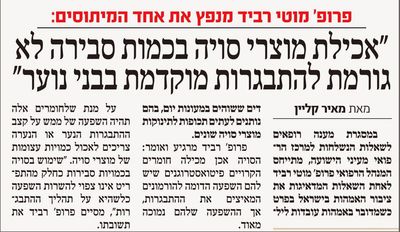 No Foreplay, No Affection, No Love – Sex And The Married Gerrer Hasid.

Hole In The Sheet: Sex Rules Of Gerrer Hasidim.

For Gerrer Hasidim, Sex Is A Sin.

Posted at 09:19 AM in Haredim, Israel, Pedophilia & Related Crimes | Permalink

Gur (sometimes spelled Ger or Gerrer) hasidim have found a new sex-related ban to add to their long list of similar restrictions – a ban on soy foods.