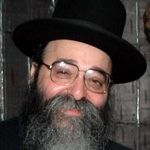 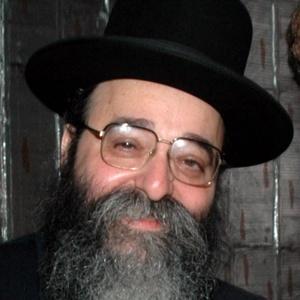 Haredi businessman Abrahm Eisner is very close to New York State Governor Andrew Cuomo. Eisner has been quarterbacking the below market rate sale of the state-owned Williamsburg Armory to the Satmar hasidic group that dominates hasidic areas of Williamsburg for the governor.

A well-placed source in the Satmar community told FailedMessiah.com earlier today that Eisner phoned Rabbi David Niederman of the Satmar-dominated United Jewish Organizations of Williamsburg last Thursday to find out why Niederman’s Zalman faction of Satmar is actively opposed to allowing gambling casinos to open in theh Catskills region of upstate New York. Eisner allegedly told Niederman that his faction’s opposition to the casinos will have major negative consequences for the planned armory sale.

Eisner also allegedly complained that he saw a letter from the Satmar-dominated Central Rabbinical Congress in the Satmar-hasid-owned Der Yid Yiddish newspaper asking hasidim to vote against the casino referendum on November 5.

Niederman allegedly pointed out that the competing Satmar-hasid-owned Yiddish paper, Der Blatt – which supports the rival Aharon Satmar faction – also published an article against the casinos. He also allegedly told Eisner that nothing he or Cuomo say or do will scare Satmar into supporting the casinos.

“Shame on you” for trying to intimidate us, Niederman allegedly said, stressing that both the Aharon and Zalman Satmar factions are united in opposition to the casinos, as is the haredi umbrella organization Satmar does not belong to, Agudath Israel of America.

Two hours after that alleged phone call, Aharon faction leader Rabbi Moshe Indig made a public announcement against the casinos.

Then this week – apparently after being contacted by Eisner – Indig changed his mind.

"We as a community need to understand that we shouldn’t bite the hand that feeds us. We recognize that the State and local governments that help us in so many ways should have new forms of revenue that they so desperately need to pay their bills which includes assisting the Jewish Community. Furthermore, as part-time citizens of the Catskills, we developed a close relationship with the local and municipal governments and we appreciate the help that they are to us. They are all begging for more funds! As the Jewish principle of “Hakoros Hatov” – showing appreciation to those who are good to you, we should not fight an initiative that would help them. Additionally, our Great Grand Rabbe of Satmar, Rabbi Joel Teitelbaum, fiercely opposed “Hisgaros B’umos” – provoking our non-Jewish neighbors. When we see the financial benefits that the State and local governments are set to gain from this initiative, when we see the millions in property tax relief this will bring to millions of New Yorkers, when we see that the Governor, Democrats, Republicans, employers and unions all back this initiative, we should not be the ones provoking them by actively opposing it. As Jews in “Golus” (Exile) we live at the mercy of the Government. It is therefore against the teachings of Torah and our Sages to impose our beliefs onto the Government.

"Let me be clear: Every citizen has been given the right to vote his conscious and what he/she feels is the right thing to do. But to organize a movement against the benefit of our government, on a referendum that will not infringe on our Torah and Mitzvos or on our culture and way of life, is contrary to the way we were taught by our Great Grand Rabbi of Satmar.…," Indig wrote last night.

However, Indig's Aharon faction is allegedly still handing out anti-Casino voting instructions in its schools for children to bring home to their parents.

“These unnamed sources are engaging in fantasies likely driven by their own selfish motives. There is absolutely no truth to the fabrications they are putting forward. It’s terrible that someone is sullying the reputations of noble people like Abe Eisner and our esteemed Governor, and while I don’t usually comment on such stories, these fables must be refuted at once,” said Rabbi David Niederman.

When FailedMessiah.com asked Moesel if Niederman supports the casinos, Moesel declined to answer.