Are We Really That Smart? Why Jews Win So Many Nobel Prizes 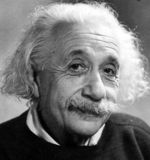 "In the first decades of the 20th century, Princeton psychologist Carl Brigham tested the intelligence of Jews in America, and concluded they “had an average intelligence below [non-Jews] from all other countries except Poland and Italy.” 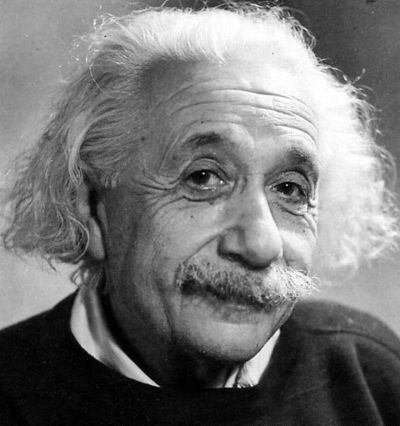 Noah Efron teaches in the Graduate Program on Science, Technology & Society at Bar-Ilan University in Israel. His new book, "A Chosen Profession: Jews and Science in the Twentieth Century," will be published jointly by Johns Hopkins University Press and Hebrew Union College Press.

Efron writes in Ha'aretz and answers a question – why do so many Jews win Nobel Prizes, especially in the sciences? Approximately 20% – 1 in 5 – Nobel Prize winners are Jews. Yet Jews make up less than 0.2% of the world's population. Why?

…Broadly, two sorts of theories have been floated. One is that Jews have primo genes. Charles Murray, the Enterprise Institute scholar and co-author of The Bell Curve, set out the case for this a few years ago in an essay in Commentary called “Jewish Genius,"  writing bluntly that “something in the genes explains elevated Jewish IQ.” Another theory is that Jews love hitting the books, as Israeli economics laureate Robert Aumann told the army radio station Galei Tzahal: Jewish homes have overflowing bookshelves. Throughout the generations we have given great honor to this intellectual pursuit.

There are good reasons to doubt both sorts of theories. For one thing, Jewish excellence in science is a new thing. When the great Jewish folklorist Joseph Jacobs set out in 1886 to compare the talents of Jews with the talents of other Westerners, he found their performance mediocre in every science save medicine. In the first decades of the 20th century, Princeton psychologist Carl Brigham tested the intelligence of Jews in America, and concluded they “had an average intelligence below those from all other countries except Poland and Italy.” Jewish excellence in science is a phenomenon that flowered in the decades before and, especially, after the Second World War; it is too recent a phenomenon to be explained by natural selection, or even by putative ancient cultural traditions.

The real explanation of Jewish success in science lies elsewhere. The 20th century began with massive migrations of Jews, to the United States, to the cities of Russia (and then the Soviet Union), and to Palestine. In each of these new lands, Jews turned to science in great numbers because it promised a way to transcend the old world orders that had for so long excluded most Jews from power, wealth and society. Science, based as it is on values of universality, impartiality and meritocracy, appealed powerfully for Jews seeking to succeed in their new homes. It is not so much what Jews were (smart, bookish) that explains their success in science, as what we wanted to be (equal, accepted, esteemed), and in what sorts of places we wanted to live (liberal and meritocratic societies).

But…Nobel Prizes are a lagging indicator. Given years after the achievements they celebrate, often to long-retired scientists, they reflect a state of affairs that existed 30, 40, and sometimes 50 years ago. They are a browning snapshot of bygone days.

What bugs me about attributing the remarkable prominence of Jews among Nobel laureates to genes or enduring cultural traditions is that doing so suggests that Jewish success in science will inevitably continue as a matter of course. Most likely it won’t. The percentages of Jews among new American Ph.D.s in the sciences has declined greatly over the past generation. In Israel, spending on higher education has continued to decline during most of the same period; to many of the growing numbers in Israel who embrace religion, the appeal of science has nearly vanished. The passions that drew Jews to sciences in such great numbers have dissipated.…

Note that the Jews whose intelligence was tested in the US at the turn of the 20th Century were overwhelmingly refugees from Eastern Europe and their children.

Most presumably had haredi educations (although few were completely Torah observant by the time they were tested). They had been blocked from higher education in Eastern Europe and often lived in communities that for complex reasons (including but certainly not limited to haredi education theory) treated secular knowledge and secular education with disdain – not unlike many haredi (and especially hasidic) communities today.

America of 1920 did not entirely remove those impediments, and few Jews of that era were able to attend college or an advanced technical school, and many did not get educated in any form past the 8th grade.

All that said, Ephron's indictment is a double edged sword. The first edge cuts at the Eastern European haredi/hasidic education structure and community mores. The second edge cuts at the combination of today's haredi/hasidic communities' largely failed education system and its community mores on one hand and non-Orthodox Judaism's lack of intellectual rigor on the other.

Are We Really That Smart? Why Jews Win So Many Nobel Prizes

"In the first decades of the 20th century, Princeton psychologist Carl Brigham tested the intelligence of Jews in America, and concluded they “had an average intelligence below [non-Jews] from all other countries except Poland and Italy.”