« 2 Arrested For Posting Racist Campaign Posters Allegedly Calling For Mayor’s Murder | Main | Are We Really That Smart? Why Jews Win So Many Nobel Prizes »

Ruth Colian filed a petiton with Israel’s High Court of Justice calling on the state to defund political parties’ if those parties ban women from running for office. 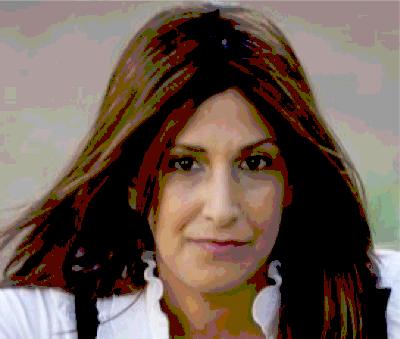 Ruth Colian wanted to be the first haredi woman to run for Petah Tikva’s city council.

Even though she is Sefardi, Colian wanted to join the hasidic Agudath Israel Party and asked to join its election list. It never answered her.

Then Colian went to the Sefardi haredi Shas Party. Shas strung her along, promising an answer and delaying and then promising again, until she realized it would not let her run.

So Colian tried to start her own list. But the married, 32-year-old law student fell a few dozen signatures short of the number required to register a new party.

Delayed by Shas’s stalling tactics and Agudah’s no-answer, the deadline came too fast.

So Colian filed a petiton with Israel’s High Court of Justice calling on the state to defund political parties’ if those parties ban women from running for office.

In a brief interview, Colian told Ha’aretz why she wanted to run in today’s election.

“I believe the haredi Spring has arrived, and it begins with women. I truly believe that it is only a matter of a few years before Haredi women are able to run for election on Haredi lists in this country. If a woman can’t run for political office, then how is she supposed to have any say in her life, in her future and in her children’s future? If you take that away from her, then you’ve taken away her self-worth.…

“I didn’t consider joining [secular or non-haredi] lists, because I’m haredi and it was important for me to run as part of a haredi list in order to show a different side of religion and the haredi world. It was very important for me to break the glass ceiling, and if I had joined a secular party I wouldn’t have been able to make the statement I wanted to make.…

“They keep saying that it’s a matter of principle for them not to have women on their lists. I believe that once this principle of theirs will start costing them money, it will go out the window.…

“Yes, I’m very much a feminist. It may make others laugh and sound like a contradiction in terms, but I’m a proud Haredi feminist,” Colian reportedly said.

Ruth Colian filed a petiton with Israel’s High Court of Justice calling on the state to defund political parties’ if those parties ban women from running for office.