A Bit Of Media Bias From The Jewish Daily Forward?

Why has the Forward reported a litany of teaching positions held by admitted child sex abuser Akiva Roth – except for positions he held at major institutions linked to the Conservative Movement? 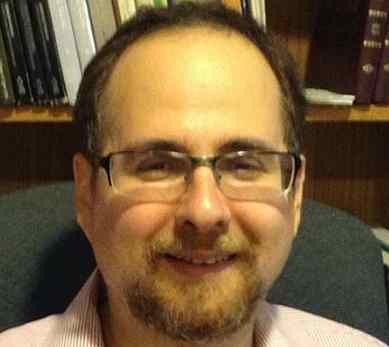 We now know that 42-year-old Akiva Roth, who pleaded guilty in 1997 to charges related to sexually molesting 11- and 12-year old boys, is teaching at Yeshiva University where YU high school students can take his classes. Roth began teaching at YU this fall, according to the Forward, which broke the story yesterday and which features the story prominently on its home page.

However, yesterday I reported that Roth is:

• That Joel Roth was forced to step down as JTS dean in the late 1990s (although he has remained on the faculty as a full professor) after sexually harassing a male student at the Conservative Movement's West Coast rabbinic school.

• That Akiva and Joel Roth jointly taught at JTS after both abuse cases and while Akiva – described as unrepentant by his case judge, who noted Roth blamed his young victims for the abuse – was still serving his probation-only sentence.

And then this morning I reported that Akiva Roth had also taught at the Conservative Movement's Camp Ramah in the Berkshires – as had his father – and that teaching appears to roughly coincide with the time frame for Akiva Roth's abuse case.

But even though the Forward lists in its article the non-Jewish and secular-Jewish organizations the unrepentant Akiva Roth taught at after he pleaded guilty, it does not list any of the Conservative Movement's institutions I list above (although it does list the Solomon Schechter school Roth taught at when the abuse took place, but it does not tell readers Solomon Schechter schools are part of the Conservative Movement):

…Roth was arrested in September 1996 on suspicion of abusing several boys ages 11 and 12. During private bar mitzvah classes, Roth exposed and touched himself and encouraged the boys to do the same, according to court records.

Roth was charged with sexual contact and with endangering the welfare of a child. At the time, he was a teacher at the Solomon Schechter Day School of Essex and Union, now known as the Golda Och Academy, in West Orange, N.J.

In 1997, at the age of 26, Roth pleaded guilty to four counts of lewdness. Barnett E. Hoffman, a superior court judge in New Jersey, sentenced Roth to 10 years of probation.

In imposing the sentence, Hoffman noted that a sex offender therapist determined that Roth was “in the lowest category for risk of re-offense.” But Hoffman added, Roth showed a “lack of appreciation for the wrongfulness of his conduct.”

“Defendant is very arrogant and continues to blame the victims for the trouble he is in,” Hoffman wrote in a statement outlining his sentencing decision. “Furthermore, he does not even see his conduct as sexual in nature, which it clearly is.”

After noting that Roth blamed the boys for “enticing him into this behavior,” Hoffman said that Roth “has very little empathy for his victims and an unawareness of the harm done to them by his actions.”

In August 1999, Roth was hired by Drew University as a lecturer in modern and biblical Hebrew. According to his LinkedIn page, he was also a chaplain at Drew and a director of Hillel.

He left Drew partway through the academic year, in December 2006.

After leaving Drew, Roth worked at the American Israel Public Affairs Committee as its northeast region synagogue initiative director, and for the Jewish Community Relations Council of New York as an Israel engagement coordinator.

Roth’s job at Yeshiva College is his first foray into education in eight years.…

The Forward has not corrected its article or added to it since it was posted yesterday morning, and no other article has been posted to add in this this new information.

Perhaps this brief list of Forward executives and their affiliations answers that question:

• Publisher of the Forward Sam Norich – a leader in his Conservative synagogue and active in the Conservative Movement nationally.

• Editor-in-Chief of the Forward Jane Eisner – a leader in her Conservative synagogue and active in the Conservative Movement nationally.

• News Editor of the Forward Larry Cohler-Esses – his wife is a Conservative rabbi.

Eisner has personally edited the Forward's YU sex abuse coverage of which their story on Roth is a part.

A Bit Of Media Bias From The Jewish Daily Forward?

Why has the Forward reported a litany of teaching positions held by admitted child sex abuser Akiva Roth – except for positions he held at major institutions linked to the Conservative Movement?