61 Years Ago Today The Prime Minister Of Israel Came Begging A Haredi Rabbi For Sanity, But The Haredi Rabbi Refused 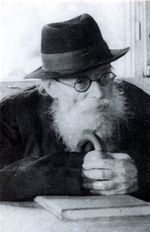 “Two camels meet on a path, and one of the camels is weighed down with a load, and the other camel is not, the one not carrying the burden must give way to the one who is.” The moral of the parable, suggested Karelitz, was that, “We, the religious Jews, are analogous to the camel with the load – we carry a burden of hundreds of commandments. You” – secular Israel – “have to give way.” 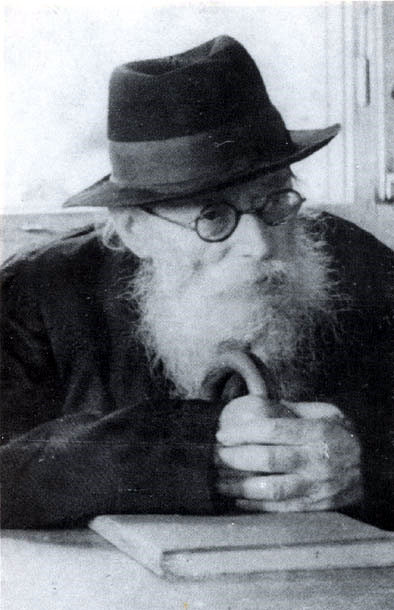 61 Years Ago Today, The Prime Minister Of Israel Came Begging A Haredi Rabbi For Sanity, But The Haredi Rabbi Refused
Shmarya Rosenberg • FailedMessiah.com

Today is the 61st anniversary of the famous meeting in Bnei Brak – then a largely Zionist Orthodox city – between Israel's Prime Minster David Ben Gurion and the Chazon Ish, Rabbi Avraham Yeshaya Karelitz.

Karelitz was the most senior Ashkenazi haredi rabbi in Israel at the time, although he held no official position, and Ben Gurion needed him to act rationally and support his government's need to draft women into the military itself in support roles to free up men for combat. Ben Gurion was willing to allow these 18- and 19-year-old women to serve in a civilian national service where they would serve as teacher's aides, nursing home aides, and day care workers if that was more acceptable to their rabbis. But serve they must.

Karelitz, however, was not always a rational person. He was often an obstinate, intellectually dishonest and deceptive person who issued highly political rulings as halakha (Jewish law).

Besides what would happen in that fateful meeting 61 years ago, Karelitz is perhaps most known for his ban on use of electricity on Shabbat or Yom Tov.

At the time, several hasidic rebbes used electricity – turning on and off lights, for example – on Yom Tov while still refraining from doing so on Shabbat, and many Jews believed – correctly – that use of electricity on Shabbat and Yom Tov was not a violation of halakha (Jewish law).

Karelitz would have none of that, damn the science – and damn the halakhic facts, as well.

Karelitz ruled that electricity use on Shabbat and Yom Tov was forbidden biblically, claiming that the closing an electrical circuit need to obtain current was  prohibited as boneh (building) and the corresponding opening of a closed circuit was sossair (destroying), two of the biblically prohibited 39 Av (primary) Melachot (forms of work) prohibited on Shabbat (and for most, by extension, on Yom Tov, as well).

Billed as man who had studied science, Karelitz's opinion is laughable. It makes no scientific sense and no halakhic sense. Both of these points were clearly and very publicly pointed out by Rabbi Shlomo Zalman Auerbach (d. 1995), the leading Israeli Ashkenazi haredi arbiter of halakha (Jewish law) for the past generation.

Auerbach held that electricity was permitted for Shabbat use under halakha, but a Jewish custom – fuled by the lies of Karelitz and others, including the last two rebbes of Lubavitch – had developed not to use it. He said as a first resort, Jews should follow the prevailing custom and not actively use electricity on Shabbat and Yom Tov. After the fact or in extenuating circumstances, he basically allowed any type of active electricity use, except for those that generated heat (an electric stove, for example) or light (an incandescent light bulb, for example).

In those cases he treated electricity as if it were a rabbinical prohibition with a remote possibility of a it being a biblical prohibition, even though he agreed it was not.

Therefore a doctor with a patient in a non-life-threatening situation would have to try to find a non-Jew to turn on a light to examine that patient. If that wasn't possible, a shinui (turning the light on with the doctor's elbow rather than a the doctor's hand, etc.) should be used.

But Karelitz was not Auerbach.

(But he was slightly more rational than the Chofetz Chaim, who did not stop his own electricity ban at Shabbat and Yom Tov – for the Chofetz Chaim's synagogue, that ban extended to weekdays, as well, as Rabbi Daniel Sperber pointed out.

That's right. The Chofetz Chaim's synagogue did not use electricity on regular weekdays.

According to Sperber, a scholar of such things, the Chofetz Chaim (d. 1933) held that hadash assur min haTorah, everything new is biblically forbidden. He had elevated the saying of the Chatam Sofer, Rabbi Moses Sofer (d.1839) from a pithy saying into halakha.

In Karelitz's case, banning electricity as a biblical violation of Shabbat law was almost certainly a political act by a man fearful that modernity – most symbolized by electricity and the machines and toys it had spawned, machines and toys that were now ubiquitous in the developed world – would destroy Yiddishkeit, the often backward Eastern Euorpean haredi Judaism Karelitz believed in and loved.

And so Karelitz banned it, inventing fanciful halakhic reasons to support his political aim.

(Rabbis could do the same thing quite easily – and with far less fancy, if any – to end the agunah crisis and put alleged thugs like Rabbi Mendel Epstein out of business, but they don't do it, often for the same underlying reasons Karelitz banned electricity.)

So 61 years ago today, the prime minister of Israel made a trip to Bnei Brak to see Karelitz in the hopes of convincing Karelitz that defending the nascent Jewish state from Arab attack was important, and that this defense needed haredi participation and the participation of women, even if the women only served as teachers, nursing home aides and childcare workers in a civilian national service.

Ha'aretz picks up the story from here.

…“There’s the question of existence, of preserving human life,” Ben-Gurion recounted saying to the Hazon Ish. “Shouldn’t love of [the People of] Israel take precedence over everything?”

The Hazon Ish responded that, although love of Israel and love of Torah may seem like two separate things, they’re not, because “there is no Torah without Israel, and no Israel without Torah.”…

Aside from the Hazon Ish and the prime minister, the only other person present in the modest room, was Yitzhak Navon, at the time the premier’s secretary, later a Labor minister and Israel’s president. Navon, writing sometime later about the meeting, recounted how Rabbi Karelitz, responding to Ben-Gurion’s query regarding “how can we live together,” described a scene from the Talmud in which, when “two camels meet on a path, and one of the camels is weighed down with a load, and the other camel is not, the one not carrying the burden must give way to the one who is.” The moral of the parable, suggested Karelitz, was that, “We, the religious Jews, are analogous to the camel with the load – we carry a burden of hundreds of commandments. You” – secular Israel – “have to give way.”

Ben-Gurion, according to Navon, attempted to mount a counter-argument. “And the [second] camel isn’t weighed down with the burden of commandments?” he asked  rhetorically. “The commandment to settle the land isn’t a burden?... And the commandments to defending life aren’t mitzvot? And what those boys whom you are so opposed to do, sitting on the borders and protecting you, that’s not a mitzvah?”

Karelitz was not even able to agree, according to Navon, that the learners’ lives were protected by those serving in the army. Rather, he insisted that, “It is only thanks to the fact that we learn Torah that they [the soldiers] are able to exist.”…

Karelitz was able to find ways to occasionally rule leniently, including a ruling that allowed using milking machines to milk cows on Shabbat. (The cows suffer if not milked and can even become ill, which helped Karelitz find his lenient side.)

But all in all, what Karelitz did was political, not halakhic, and he is in many ways responsible for the sad condition of the haredi community today.

The tens of thousands of haredi men who sit in yeshivas (most of them not seriously studying) and/or work on the black market but refuse to serve in the military are ultimately his responsibility.

His decisions have propelled the haredi community into a form of darkness not seen in Western countries since the Dark Ages.

He and the Chofetz Chaim, the two most vernerated Ashkenazi rabbis of that era, are the perfect metaphors for that decline, one sitting in his synagogue made dark only because of his ruling, studying ancient texts by the rapidly diminishing light of a flickering, soon to be extinguished, flame; the other fancifully banning modernity to keep that small flickering flame burning at the expense of others.

61 Years Ago Today The Prime Minister Of Israel Came Begging A Haredi Rabbi For Sanity, But The Haredi Rabbi Refused

“Two camels meet on a path, and one of the camels is weighed down with a load, and the other camel is not, the one not carrying the burden must give way to the one who is.” The moral of the parable, suggested Karelitz, was that, “We, the religious Jews, are analogous to the camel with the load – we carry a burden of hundreds of commandments. You” – secular Israel – “have to give way.”