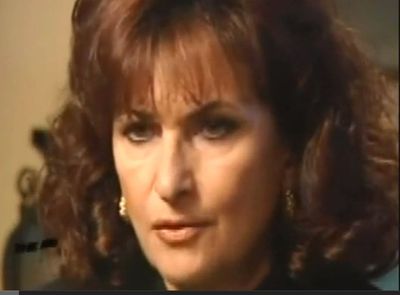 Reading of each fresh atrocity in Syria conjures unique memories and emotions for Judy Feld Carr, a Toronto woman who worked for 28 years as a hidden spy master, a civilian orchestrating the escape of 3,228 Jews from the anti-Semitic regime that had locked the unwanted minority inside its borders.

The headlines elicit memories of the father and his children who were on a plane about to leave Damascus on a flight she had arranged when security agents boarded. The agents said the man could take only two of his four children with him; he flew with his middle boy and middle girl, leaving the oldest and youngest with relatives until Ms. Feld Carr could buy their freedom, too.

The news reminds her of the family she ransomed out after they were told they “were next” when neighbours in their Jewish ghetto were butchered — the pregnant woman’s fetus cut out and left on the floor beside her’s and her two children’s bodies.

And she thinks of the last family whose freedom she bought, a couple and their seven children who left Damascus, coincidentally, on a day the world was reeling: Sept. 11, 2001.

“Hearing of the hell that is going on in Syria today substantiates everything that I had done for 28 years because I so closely watched the hell that was going on there before,” she said this week from her Toronto home.

“I had to live a double life. I was a mommy and a wife and a daughter… and then had to sneak away and do all of my secret stuff.”

The recent attention to Syria has not only rekindled tense memories for Ms. Feld Carr. It prompted criticism of her effort from disparate sources: in recent weeks she has been branded a tawdry human trafficker in the Arab press and accused in a letter in the Times of Israel of taking credit for the work of others.

Both contentions were doused by public confirmations of her behind-the-scenes work.

Indeed, Jehudi Kinar, a former director of the World Jewish Affairs Department at the Israeli Ministry for Foreign Affairs, whose file included Jewish communities in distress during several years of her work, confirmed her success.

Ms. Feld Carr, now in her 70s, appears to take the criticism well.

“What can I say? When something is successful, everyone likes to say they did it.”

She then says she will leave it to the official citations of her work — from Menachem Begin, Yitzhak Rabin and Shimon Peres, and her admittance to the Order of Canada and granting of Israel’s Presidential Award of Distinction — to defend her record.

Born in Montreal but growing up in Sudbury — the daughter of a fur trader — she remembers when she first heard of the plight of Jews in Syria: a 1972 article in the Jerusalem Post about 12 Jews who were trying to escape being killed by a land mine.

After the creation of Israel in 1948, the Jewish population in Syria had been restricted, generally unable to leave but ghettoized and victimized at home. Under surveillance, barred from buying property, from travelling, from certain jobs and from communicating outside their community, those falling under suspicion were often imprisoned and beaten. Rapes and murders were reported.

“We decided to do something about it, and when you’re young, you will try anything,” she said of herself and her then-husband, Dr. Ronald Feld.

Not knowing who to call or where to write, the young couple found someone in Toronto who spoke dialects from the region and together called a telephone operator saying they wished to be connected to a Jew in Syria, any Jew.

Call after call failed. The operator became interested with the challenge, however, and arranged to keep trying. Over weeks their calls were terminated.

“We were just about to give up when she made another call. This time she got through to an operator in Damascus who put us through to a woman, who wasn’t home. Our translator asked her husband, who had answered, for the name and address of the Jewish community in Damascus and he told us and hung up,” said Ms. Feld Carr.

“It turns out, the woman was a spy on the Jewish community, which was why the Syrian operator put us through to her, but her husband didn’t know. He just answered the question.”

The couple sent a telegram to the rabbi whose name they were given, pre-paying for a reply. Their message read: “Do you need any religious books?” They were astounded when a reply came with a list of texts.

“We didn’t know where we were treading. I just went shopping, bought everything on the list. I tore out the pages that said they were printed in Israel, figuring they would be cautious about books coming from their enemy.”

“I figured if they [the Syrian officials] opened the box, they’d see the bill, keep it and give the books to the rabbi.

The books and telegram turned into codes. She wrote the first line of a Psalm inside one tome. The rabbi’s telegram responded with the next line, so she knew the boxes were making it through. (Her husband died unexpectedly in 1973, and a fund established in his name to help fund the venture. She has since remarried, to Donald Carr, a lawyer.)

Then a Syrian Jew from Toronto boldly visited her family in Aleppo. She was arrested and sent back but she had a letter hidden in her underwear for Ms. Feld Carr with contacts in other Jewish ghettos of Syria, in Aleppo and Qamishli.

The letter introduced another element, however, adding: “Our children are your children. Don’t forget us. You have to help us get out.”

While Ms. Feld Carr pondered that, friends gathered in her basement, stripping bindings, writing inscriptions and packing books for all of the new contacts.

The rabbi who sent the letter was in terrible shape. He had been beaten in prison and was ill. She met with Syrian Jews in New York who told her how some escaped by paying bribes.

Managing to get permission for him to come to Canada, she paid ransoms and bought airline tickets. When Ms. Feld Carr met him, he climbed out of his hospital bed in Toronto and fell to his knees in thanks. He begged her to bring his daughters out as well.
Michelle Siu for National Post

“What do you say to a dying man? Of course, I said yes. I left his room and was in tears. How could I manage to do that?”

But as her underground network grew, she managed to buy them, as well, beginning her double life.

“That’s how I got started. I paid ransoms, I arranged escapes. I was the best kept secret in the Jewish world,” she said, chuckling, as if even now she is in disbelief of how it worked out.

She started reading spy novels, studying John le Carré’s books with an eye to learning spycraft. She hid in plain sight, becoming chair of the Jews in Arab lands committee of the Canadian Jewish Congress.

The network used codenames to thwart Syrian intelligence, usually based on food items or alcohol. Some knew Ms. Feld Carr as “Gin,” others as “Mrs. Judy.” She stopped meeting with those rescued unless there was a need, for fear that they might talk too much to a relative still in Syria with government agents listening in.

She also worked quietly to fund the operation, which wasn’t cheap. One ransom reached $250,000 in an extreme case, but usually she bartered to far lower amounts. The negotiations became crass: she would belittle the person being bought, saying they’re fat, ugly, old, simple or sick to lower their perceived value.

Passports and travel documents were bought, some legitimately, some through smugglers and crooks. People of dubious character were involved, she conceded.

“I raised the money here in Canada for all of this — no advertising, no dinners, no cocktail parties or black tie events, just word of mouth.”

In 1983, she had to delay her own father’s funeral for an hour while she ran to banks to wire funds needed to complete a rescue that was underway.

“And I couldn’t even tell my mother why … it was all to be kept secret,” she said. “This stuff went on for 28 years.”

Eventually, most Jews in Syria who wanted out had been released or rescued, especially after restrictions were eased in the 1990s. She says there are 11 left.

She shut down her operation and news of her exploits trickled out.

Last year, she was one of six people — including Henry Kissinger — who were given the inaugural Presidential Award of Distinction, Israel’s highest civil honour. This year, Barack Obama and Bill Clinton were given it.

She says the honours are gratifying but she looks to the photo albums she has — filled with pictures of the faces of many of those she rescued — as her true source of satisfaction.

Video: The Woman Who Saved Syria's Jews Gets Israel's Presidential Medal Of Honor.

Posted at 09:52 AM in Jewish Leadership, Sefardim | Permalink