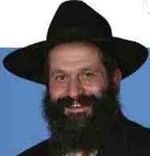 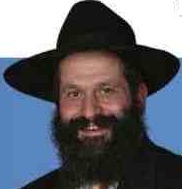 Guy Cook, who is also the head of the Iowa Bar Association, and Kansas City attorney James Wyrsch repeatedly broke a well-known rule that bars attorneys, their private investigators and their staffs or other employees or contract workers from contacting jurors without first getting the court’s permission.

Similar rules are in place in many jurisdictions throughout the country.

Private investigators working for Rubashkin contacted jurors in an attempt to dig up information to use in a rarely successful 28 U.S.C 2255 motion to vacate sentence.

Rubashkin has already lost all his appeals and the US Supreme Court refused to hear his case. He is serving a 27-year sentence for bank fraud, money laundering, perjury and related crimes.

Located in Postville, Iowa, Agriprocessors, owned by Rubashkin's father, was once the largest glatt kosher slaughterhouse in the world. But it got into trouble with EPA regulators, Immigration and Customs Enforcement, the Iowa Department of Labor, the US Department of Agriculture, other government entities and PETA by running roughshod over environmental, labor, humane slaughter and immigration law. It was raided by Immigration and Customs Enforcement in May 2008. Approximately 750 of its 1000 employees were undocumented, and several dozen were minors forbidden by law to be working in a slaughterhouse.

One of Rubashkin's daughters also recently appeared uninvited at a juror’s home with an investigator working for Cook and Wyrsch and made an emotional appeal to the juror, who refused to talk with her or the investigator and instead reported the incident to the US Attorney.

The two attorneys’ punishment will be determined by Judge Reade at a future hearing.

Last week, Judge Reade sent a letter to all the jurors from Rubashkin's trial telling them that while she had not authorized Rubashkin's legal team to contact jurors, jurors were free to speak with Rubashkin's attorneys or private investigators if they choose.

A 28 U.S.C 2255 is a motion to vacate, set aside or correct a sentence. Rarely successful, a 28 U.S.C 2255 motion can seek to show that the sentence was in violation of their constitutional rights, that the court lacked jurisdiction to impose the sentence, or that the sentence was longer than the maximum penalty authorized by law, or is in another way subject to collateral attack. The prisoner can move the court which handed down that sentence asking it to vacate, set aside or correct it.