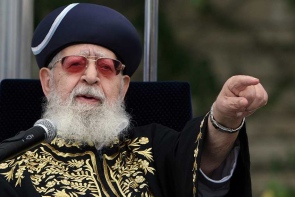 Yosef – a former Sefardi chief rabbi of Israel and the spiritual head and founder of the Sefardi haredi Shas political party – is in a medically-induced coma and on life support at Hadassah Ein Kerem Hospital in Jerusalem.

A number of Yosef's organs have reportedly gone into failure, and a drug had to be administered to raise the rabbi's blood pressure to a safe level.

The 93-year-old rabbi had a cardiac pacemaker inserted two days ago.