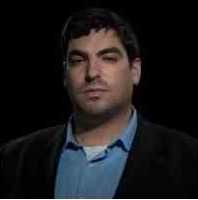 29-year-old Roy Naim was arraigned in Brooklyn federal court Wednesday and Naim pleaded not guilty to one count of receiving child pornography. He was ordered held without bond after an Assistant US District Attorney argued that Naim was both a flight risk – Naim allegedly has no real job and is not a US citizen – and a risk to the community, noting that he Naim works with a youth advocacy group and volunteers at a camp for children, CNN reported.

Naim is involved with several Orthodox and haredi children’s organizations including HASC (the Hebrew Academy for Special Children), Camp Simcha and Yahad, as well.

Naim's attorney Richard A. Finkel reportedly argued that Naim should be granted bail, pointing out that Naim is a respected member of his community who volunteers for many charities and is a well-known activist on immigration. Finkel said that Naim did not work because he spent most of his time "helping others" and studying Torah with rabbis.

Finkel also claimed that Naim’s family, while hardworking, have little money and do not own any property.

Judge Joan M. Azrack refused to release Naim without money or property to offered to secure that release.

Naim immigrated from Israel to the US with his family 26 years ago but does not have US citizenship.

He was mentioned in a Time Magazine cover story on undocumented immigrants in June of last year.

In an online autobiography, Naim wrote that, "If you ask me what I want to do, I would say that I want to serve people. Volunteer work is what I live for."

According to the indictment against him, Naim reportedly led federal agents who came to arrest him to his computer and told them he had been downloading and watching child pornography for several years, and that his a laptop had child pornography on it.

Naim could be sentenced to 5 to 20 years in federal prison. 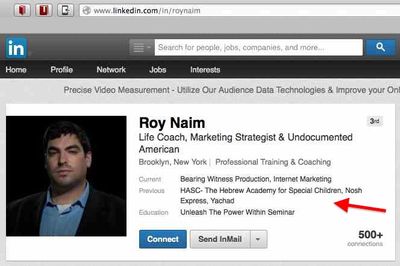