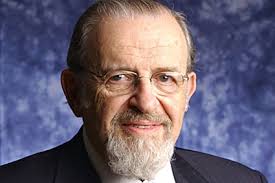 I first reported months ago that Lamm had dementia and had been noticeably damaged for at least four years. I pointed out the Forward's notorious ambush interview with Lamm done in December was a case of the Forward exploiting Lamm's illness and reported on the ethical and legal problems the Forward was in for doing so.

As is typical for the Forward, it denied the obvious and continued to use quotes from that Lamm interview without noting that the man had dementia or even that there was a report that he had dementia – which deepens the Forward's ethical violations in this case and makes any lawsuit the family might choose to file against it much more powerful.

In fact, in its reporting on Thursday in response to the New York Post's exclusive report on Lamm's dementia, excerped below, the Forward makes no mention of its exploitation of Lamm and does not apologize for it.

The Forward's board has to decide whether it will allow Jane Eiser – who personally edited some of those unethical reports – to remain on staff.

As for the Forward's reporter, Paul Berger, there should be no doubt – he needs to be fired immediately.

But the Forward has terrible management these days and no ethical compass whatsoever.

Normally, a paper's publisher would step in and fire Berger and likely Eisner, but here that won't happen because the Forward's publisher isn't really an experienced  publisher, and he considers Eisner to be his friend. He is also blind to many of ethical considerations good newspaper professionals live by.

At any rate, it is clear my reports were accurate and true while the Forward's were not.

“However, after administering a battery of tests conducted over a period of nearly five hours, Dr. Caccopolo determined [in her written report] that ‘the pattern of Dr. Lamm’s cognitive impairment impedes his ability to independently comprehend and adequately respond to questions posed to him, as well to reliably retrieve and report past information.”…

He was examined after Kevin Mulhearn, a lawyer for the plaintiffs, asked that Lamm – who suffers from dementia – be allowed to testify within weeks to ensure his condition doesn’t worsen.

[The judge] said he’d rule only after Lamm was examined independently by a doctor agreed to by all parties.…