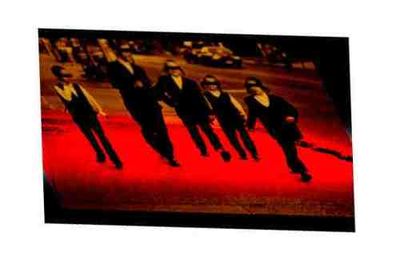 Geoffrey Alderman writes in The JC:

…This is not the first time that this particular embarrassment has been brought out of the dirty-linen cupboard. On January 18 2008 this very newspaper ran a leader drawing attention to the fact that “many boys in the strictly Orthodox community are being systematically undereducated in secular studies” as a result of being placed surreptitiously in unregulated talmudical colleges.

What’s more, a decade earlier, in Modern British Jewry, I had written thus: “In north London, and Gateshead, stories circulate of ‘secret schools’, to which sectarian Orthodox parents send their children for an education which is almost exclusively religious, claiming to the education authorities that they have sent their offspring abroad.”

I based this observation on information passed to me by concerned Charedi families who did send their offspring to regulated establishments, where a modicum of secular learning was delivered, and who had — for that very reason — become the objects of communal opprobrium and sanction.…

Following the publication of my reference to “secret schools” I was contacted by a government official, only to be told, politely but firmly, that while aware of the problem, Whitehall was loath to do anything about it on the grounds of “cultural sensitivity.”

What this meant was that Whitehall [i.e., the government] knew – or had reason strongly to suspect – that the law of the land was being circumvented, but had decided that the public duty to intervene had to be weighed against the risk of civil servants being pilloried as antisemitic. It was decided that this risk could not be run. Besides (my informant added), the number of children affected in this way was so very small.

Clearly, that number has grown. The Department for Education has now admitted that perhaps as many as 1,000 Anglo-Jewish boys aged between 13 and 16 are “missing” from the school system and are being taught instead in yeshivot — that is to say, in educational institutions that are unregistered, that in all probability deliver little or no secular education, and which are not subject to inspection by Ofsted [government education authorities].

In other words, criminal offences are being committed. But no-one could accuse the Department of being heavy-handed about this. It has now written to the yeshivot concerned and is offering its assistance in the registration process. Once registered, these yeshivot (even though they are privately funded) will be liable to Ofsted scrutiny. Ofsted may also exercise its right to enter any unregistered premises where it believes a school is being conducted.

The Taliban of Stamford Hill are naturally hard at work trying to avert this unpleasant prospect. It’s being argued that learning rabbinic texts all day does involve secular studies – such as reading and comprehension.…the Ofsted inspectors must make their way into unregistered premises, and ensure that the pupils they find therein are given at least some semblance of the rounded education the state demands and the pupils deserve.