Supervisors in the office of desperate Brooklyn District Attorney Charles J. Hynes allegedly asked A.D.A.s to drop everything and go out and electioneer for Hynes. This is unethical and arguably illegal. 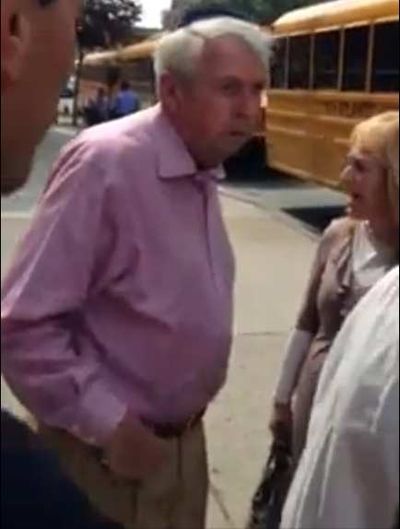 Call this an informed rumor based on a very good source who is close to people inside the Brooklyn D.A.'s office.

A.D.A. supervisors who run divisions in the office 'asked' their subordinate prosecutors to go out and campaign today to re-elect D.A. Charles J. Hynes.

This is a clear ethical violation that is also arguably illegal.

And the hapless Forward reports on more illegal Satmar vote fraud but doesn't even know that what it is reporting is illegal:

…“We’re telling the kids to tell the parents that this is the candidate we endorse,” said Moshe Indig, a Satmar activist, describing Satmar outreach through private religious schools.

A few years ago, some activists say, kids were told by school staff that their parents needed to vote in order to get them a ticket to a local carnival with bouncy castles. This year Satmar activists are relying on more traditional methods, like sending fliers home with school kids.

“It’s not our first election,” said one Satmar activist involved in the get out the vote effort, which takes place in Brooklyn, where the sect is based.…

According to Indig, children in Aroni schools are given fliers endorsing de Blasio to take home. “We’re telling the kids to tell the parents that this is the candidate we endorse,” Indig said. “Tell your mother, tell you father, to go out and vote for Bill de Blasio.”

Other Aroni activists said their faction hosted a carnival during a 2012 primary that was only open to children whose parents had voted. Indig denied the story, saying that it was a coincidence that the carnival took place on the day of the election.

Yet one Aroni activist said that the strategy was an old one. During former New York City mayor Rudy Giuliani’s 1997 reelection campaign, the activist recalled that his elementary school class won a contest collecting tickets given out to parents at the polls. As a reward, the class won a visit to JFK Airport in Queens where they saw a Concorde jet. “It was a very good trip,” the activist said.…

Supervisors in the office of desperate Brooklyn District Attorney Charles J. Hynes allegedly asked A.D.A.s to drop everything and go out and electioneer for Hynes. This is unethical and arguably illegal.