« Breslov Rabbinic Leader Still On The Run From Police, Allegedly Won’t Go To Uman Due To Fear Of Arrest | Main | Man Allegedly Turned Away From Haredi-Controlled State Marriage Office Because Of His Contact With Moderate Modern Orthodox Rabbis »

A pastry chef, sacked after he used non-kosher jam while working at a kosher bakery, has won a big compensation payout after employment judges ruled he had been victimized and unfairly dismissed. 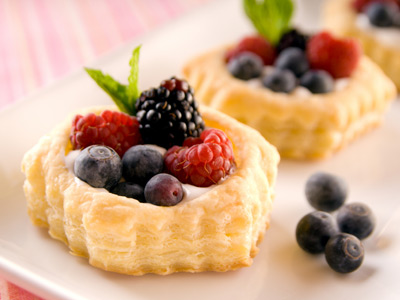 A pastry chef, sacked after he used non-kosher jam while working at a kosher bakery, has won a big compensation payout after employment judges ruled he had been victimised and unfairly dismissed.

Cake decorator, Toufik Benali, was dismissed from Carmelli Bakeries Ltd, in Golders Green, north London, after bosses said he had committed a "gross infringement of religious rules" by using strawberry jam from Tesco in June, 2011.

Mr Benali was awarded £35,500 damages by an employment tribunal in December, last year after it found the family business guilty of "victimisation" under the Equality Act and of unfairly dismissing him.

Three judges at London's Employment Appeal Tribunal (EAT) have now dismissed a challenge by Carmelli Bakeries to that decision - saying it was "not perverse" - but ordered that the size of his Mr Benali's award be reconsidered.

Mrs Justice Slade, a High Court judge sitting in the appeal tribunal, said Mr Benali began work as a pastry chef at Carmelli in May, 2004 but the company's attitude towards him "hardened" after a dispute in 2008.

On that occasion, Mr Benali issued a employment tribunal claim over alleged wrongful deductions from his holiday pay and disability discrimination relating to 10 months he missed from work with sciatica between 2007 and 2008.

The untested claim was settled, but Carmelli viewed him as a "problem employee" thereafter; tensions rose further in June, 2008 when Mr Benali repeatedly complained that his duties were not adjusted for his disability, the appeal judge added.

Mrs Justice Slade said the store manager, David Carmelli, refused to accept Mr Benali was disabled. He said during last year's tribunal hearing: "If you can’t do what the job demands, you should get another job. It doesn’t make sense".

Then, in June, 2011, the conflict came to a head when one of Mr Benali's superiors discovered a receipt for two non-kosher jars of jam from Tesco, the judge added.

Mrs Justice Slade said the store operated in "strict adherence" to traditional Jewish Kedassia standards and the use of a non-kosher ingredients could have the "catastrophic effect" of being stripped of its licence by a Rabbi.

Mr Benali admitted using the jam to make a cake, knowing it was not kosher, but denied having told a cleaner to buy some at Tesco. He said he felt his employers were "simply waiting for him to do something wrong."

After an hour-long probe by bakery bosses, Mr Benali was ordered to attend a disciplinary hearing on June 10 and then dismissed three days later "without (Carmelli) investigating any aspect of his defence", the appeal judge added.

Mr Benali's in-house appeal against that decision was rejected by Carmelli on June 23. The firm later told the employment tribunal they regarded this hearing as a mere "formality".

In October, last year the employment tribunal found that Mr Benali had been victimised because of his on-going complaints. It also ruled his dismissal was unfair because of the "very cursory nature" of the firm's jam probe and its "flawed appeal".

In December, the employment tribunal ordered Carmelli to pay Mr Benali £35,567, including £14,000 for injury to his feelings.

Challenging that ruling, Richard Rees, for Carmelli, told the EAT: "It was perverse for the tribunal to attribute an underlying motive for the firm's actions when there could have been no other reason for the dismissal than Mr Banali's gross misconduct".

Mr Rees said the jam incident was a serious "infringement of religious rules which could seriously prejudice the business" and argued the tribunal erred in saying Mr Benali should have been shown "leniency".

The barrister also contended that the tribunal should have reduced Mr Benali's award to take account of his own "contributory fault".

Mrs Justice Slade, sitting with two employment judges, said: "In the context of their findings... relating to the firm's approach to Mr Benali's disability, it was open to the tribunal to infer that the dismissal was an act of victimisation. The conclusion was not perverse."

However, the judge directed the employment tribunal to reconsider whether Mr Benali's award should be reduced on the basis that he contributed to his dismissal by his own conduct.

A pastry chef, sacked after he used non-kosher jam while working at a kosher bakery, has won a big compensation payout after employment judges ruled he had been victimized and unfairly dismissed.