How Wendy Runge Got Out Of Prison

Wendy Weiner Runge was released from an Iowa State prison Friday where she was imprisoned for stealing money from the State of Iowa through its film promotion program. But why was she released so early? 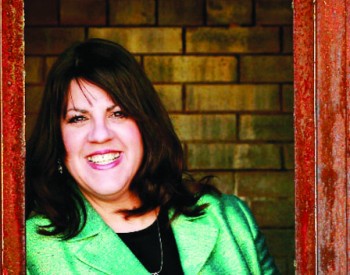 As I reported Friday, Wendy Weiner Runge was released from an Iowa State prison Friday where she was imprisoned for stealing money from the State of Iowa through its film promotion program. But why was Runge – who could have served as much as 10 years in prison – released after only six months?

…Wendy was released by Chief Judge Arthur E. Gamble at the conclusion of her hearing on a motion to reconsider. The assistant Attorney General was also there. Both the Judge and Prosecution asked Wendy questions regarding her taking responsibility and what has she done while in prison to make a difference. After hearing her answers the Judge felt she was sincere and the three points of incarceration were met; Retribution, Rehabilitation, and Deterrence, he released her with a 2 year probation  with no restitution required.. There was no parole involved. The ruling was made around 11am, and I picked her up at 3:30pm from the Polk county jail. I wish to express my gratitude to the Sheriff’s department for all their efforts in expediting Wendys release so that we could be back in Minnepolis in time for Shabbos.…

Runge would have originally received a probation-only sentence, but her allocution of guilt was so evidently insincere, and her contention that the State of Iowa, its judges and and its prosecutors were anti-Semites out to get her – a delusion encouraged and promoted by her foolish haredi rabbi, Chaim Goldberger – so outlandish, that she instead was sentenced to an indeterminate sentence of up to 10 years in prison, with the idea that some time behind bars would do her some good. (The sentencing judge himself left open the idea that her sentence should be reconsidered after some time passed.)

Runge's appeals failed, her first parole hearing was reportedly denied several months later, and Runge remained in prison for just over six months when the "anti-Semites" in the state's prosecutor's office and the courts released her on a motion to reconsider her sentence.

That motion must be made by the state – not by the incarcerated prisoner (please see Iowa Penal Code excerpt posted below).

In other words, the state made sure that Wendy Runge understood that stealing is a crime, that fraud is crime, and that remorse means really being sorry – not mouthing laughably empty words in such a transparent way that everyone from journalists to court observers comment on it while you and your supporters are sending out emails and publishing blog posts professing your innocence and playing the anti-Semitism card.

And not only did these "anti-Semites" release her, they released her in time for her to get back to Minneapolis for Shabbat.

For a period of one year from the date when a person convicted of a felony, other than a class "A" felony or a felony for which a minimum sentence of confinement is imposed, begins to serve a sentence of confinement, the court, on its own motion or on the recommendation of the director of the Iowa department of corrections, may order the person to be returned to the court, at which time the court may review its previous action and reaffirm it or substitute for it any sentence permitted by law.  Copies of the order to return the person to the court shall be provided to the attorney for the state, the defendant’s attorney, and the defendant.  Upon a request of the attorney for the state, the defendant’s attorney, or the defendant if the defendant has no attorney, the court may, but is not required to, conduct a hearing on the issue of reconsideration of sentence.  The court shall not disclose its decision to reconsider or not to reconsider the sentence of confinement until the date reconsideration is ordered or the date the one-year period expires, whichever occurs first.  The district court retains jurisdiction for the limited purposes of conducting such review and entering an appropriate order notwithstanding the timely filing of a notice of appeal.  The court’s final order in the proceeding shall be delivered to the defendant personally or by regular mail.  The court’s decision to take the action or not to take the action is not subject to appeal.  However, for the purposes of appeal, a judgment of conviction of a felony is a final judgment when pronounced.

How Wendy Runge Got Out Of Prison

Wendy Weiner Runge was released from an Iowa State prison Friday where she was imprisoned for stealing money from the State of Iowa through its film promotion program. But why was she released so early?