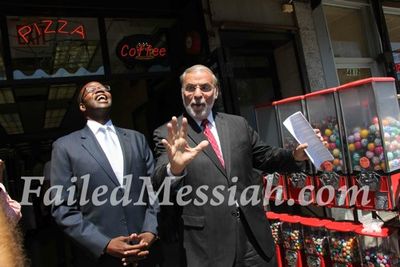 I'm not a big Hikind fan, but on a scale of bad to worse, David Greenfield is far worse than Hikind. His endorsement of Hynes (which you can see here) was largely based on outright lies, as I pointed out when he made it.

"Councilman Greenfield ought to apologize for spreading disgusting lies about Ken Thompson in the Orthodox Jewish community. Unlike D.A. Hynes, who has said that Orthodox Jews are "insular" and worse than the Mafia, Ken has repeatedly stated that he will restore confidence, and fight for safety and justice for every community in Brooklyn. With such an indefensible record of prosecuting inconsistently depending on which way the political wind blows and flip-flopping before an election, it's no surprise that Mr. Hynes and his defenders have resorted to unconscionable gutter politics to distract voters from the truth. Baseless slandering from a desperate campaign has no place in Brooklyn."

Here is Hikind's endorsement of Thompson.