A new study deals with the surprising number of rabbis – including Zionist Orthodox and haredi rabbis – who are closet atheists. 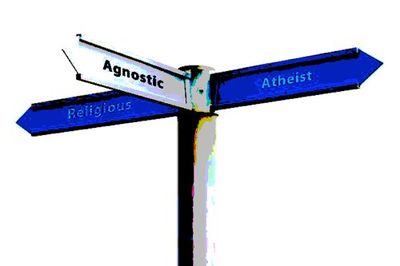 What happens when one day a rabbi discovers that he has lost his faith? Dr. Paul Shrell-Fox, a clinical psychologist and researcher asked himself that question – which turned into to a fascinating study.

Seven rabbis agreed to "talk about it" – three Conservative community rabbis in the United States, and four strictly Orthodox rabbis who live in Israel and have a double identity: Secretly atheists, and rabbis and believers openly.…

What leaves rabbis in the "atheistic closet" after all?

"Most of them are still there because they love community life, their friends, the Kiddush after the Shabbat morning prayer. Most of them are 40 and 50 years old – not exactly an easy age to start a 'cultural emigration.' Moreover, and that's a very important parameter, most of them make a living off the profession, and their livelihood depends on their faith, even if [that faith is] just outwardly [observed].

"The same rabbi who teaches in the school is afraid to take a step out, because he is economically dependent on the community. In a different economic climate it may have been different. An Israeli Orthodox rabbi, who teaches in a religious academic framework, may lose his job, and again, it's uncertain he will find an alternative.

"The [atheist] rabbi affiliated with Religious Zionism said he sometimes feels like he is 'betraying himself,' but it stops there, more or less. He even noted in one of the conversations that when he reads books by the 'new atheists,' he actually finds himself convinced to be more religious.

"Expressions like 'God willing' and 'with God's help' have become such a natural part of his discourse, as a person who was born and raised with them, that he doesn't even feel the conflict in expressing them, although it's completely outwardly.”…

But even before the public exposure in front of the community, which will sometimes never happen, the wife becomes the rabbi's only and most difficult "confession booth."


"Everyone I interviewed shared the new situation with their partner," says Shrell-Fox. "Possibly because they came from a more open stream? I have no answers about the circumstances, but that's the situation."

The study participants continued to run a religious home for all intents and purposes, including observing kashrut and Shabbat.

"Their approach was: I made a change, but my wife didn’t, so as far as I'm concerned she doesn't have to pay the price. Only one of the interviewees got divorced, and that wasn't on the backdrop of the crisis either – but regardless of it. The approach was mutual commitment, but in the positive sense of the word. There was also an approach of 'do everything but not in front of the children,' and most importantly – don't get caught.”…

“[A]mong national-haredim [hardal or right wing Zionist Orthodox who are in many ways indistinguishable from haredim] or haredim, it may have been completely different. There was a group of national-haredi rabbis in a spiritual crisis who I contacted. They meet among themselves, one of them told me, but there is a lot of secrecy. I assume it's hard to make this cultural shift as the environment is less liberal.”…

Where do you see the main failure between faith and religious practice?

"In the fact that it has become a command. For our Sages of Blessed Memory, faith was intangible and amorphous. And then came Rabbi Saadia Gaon, followed by Maimonides, and worded the principles of the Jewish faith. This is a concept based on the principles of the Christian and Islamic faiths.

"And because of the 13 principles, distress is created many times, as most of them don't believe in them, but on the other hand, they keep expressing their love for tradition and the Jewish customs. On the other hand, they were raised in a halachic framework, and they don't see themselves in Reform communities. That's the distress the way I see it.…”

Shrell-Fox is inow n contact with more than 150 rabbis who have lost theor faith in God. Many of those rabbis are Zionist Orthodox, Modern Orthodox and haredim.

A new study deals with the surprising number of rabbis – including Zionist Orthodox and haredi rabbis – who are closet atheists.