When A Haredi 'Gadol' Lies 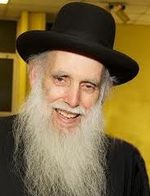 Rabbi Aharon Feldman claims that the Israeli government has no right to impose secular education on haredi schools, and says that "nowhere in the world would they act so paternalistically towards a minority" – even though all western and westernized countries have educational standards all schools – even haredi schools – are required to meet, and even though his own yeshiva middle school and high school teach secular subject and his post-high school yeshiva students often take night courses at Johns Hopkins with the yeshiva's approval. 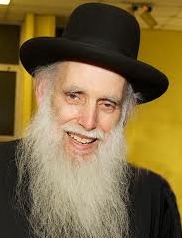 The haredi group blog Cross-Currents has a transcript of a speech Rabbi Aharon Feldman, the rosh yeshiva (dean) of Ner Israel Rabbinical College (yeshiva) gave to his students and then to a Toronto haredi organization via video conference.

The speech is notable, primarily because Feldman repeatedly lies. He also seems to not grasp the concept that while serving in the army is a great service to the whole nation, sitting and studying Torah to become a greater Torah student is not.

While Feldman's lies and his whining obscure basic facts, Cross-Currents has closed all comments to the post, even though its regular policy is to moderate comments and clear each one of them before allowing them to be published.

Probably because many of its readers would not only strongly disagree with what Feldman wrote, they would point out his lies.

And the gang over at Cross-Currents couldn't have a haredi 'gadol's' lies exposed.

Rabbi Natain Slifkin has done a superb job of upshlugging (for want of better translation, overturning, throwing it back in the face of) Feldman.

Or, to put matters another way: You can learn Torah and serve in the army. Many, many national-religious Jews do exactly that. There are even some charedim who do that. To have all charedim learning not only for most of their lives, but also non-stop between the ages of 21 and 24, is not an essential national service!

Turning to the topic of education, Rav Feldman claims that the government has no right to impose an educational curriculum upon the charedi community, and that "nowhere in the world would they act so paternalistically towards a minority." How on earth can he say such a thing? Every Western country has compulsory education! Again, to quote Rabbi Adlerstein: "They uphold the need of a democratic society to assure that children are given both a chance at vocational success as well as share some information... that is meant to bring about some social cohesion." (Not to mention the fact that Chazal themselves held that a parent has an obligation to teach his child a trade!)

Rav Feldman complains that the natural leaders of the Charedim should be consulted before making such changes. Why? It's something that is a need for the rest of the country (who are financially supporting the charedim), as well as for many charedim. Adina Bar Shalom, Rav Ovadiah Yosef's daughter, appeared before the Knesset task force to help charedim enter the work force, and begged them to implement math and English because 50% of the boys in her chareidi college drop out due to their lack of math and English. If the leaders of the charedi community were open to discussing how this should be solved, then I'm sure that Lapid and co. would be open to consulting them as to how to go about doing this; but all the charedi leaders say is no, no, no.

Strangely, Rav Feldman then claims that the "primary purpose of education should be... to educate young people to be human beings." Well, yes, but that's not what's under discussion here. Rav Feldman then goes on about how secular Zionist society is morally bankrupt and leaders are bought off by bribery, whereas charedi children are educated not to lie, cheat or steal, and to love Jews and respect authority. Aside from the fact that this is completely and utterly irrelevant to the issue of teaching math, it's also completely and utterly false. Do I really have to go into details about how so many charedi leaders were bought off by the bribery of Leib Tropper? Or about all the lying, cheating and stealing that is done by charedi Jews, sometimes under the auspices of kollels and other such institutions? And this is directly attributable to the fact that charedim do not have the education, qualifications and inclination to be financially self-sufficient. As Chazal state, Whoever does not teach his son a trade, has taught him to steal.

Rav Feldman claims that "Gemara prepares a person for modern technology more than even math and science. When our students enter job training, they score higher than their secular counterparts, because their minds have been developed." But his students in Baltimore learn secular studies in addition to Gemara! In Israel, on the other hand, where they learn virtually no secular subjects, the students are ill prepared for any meaningful education. Again, recall Adina Bar-Shalom's testimony that 50% of her male students drop out due to lacking basic math and English!

And now we come to the tired old canard that the real reason why many non-charedim want charedim to get the most basic secular education has nothing to do with alarm at a growing sector of the population which is under-employed, does not build up the economy or workforce, and has its Knesset representatives insist on a "right" to be supported by the rest of the country. No, the real reason, says Rav Feldman, is the desire to secularize the charedim!

Surely he can't be serious. Eleven hours a week of math, English and Hebrew is going to “secularize” them? He must not have much faith in the Torah that they learn the rest of the time! The charedi-leumi community in Israel and the charedi community in America have even more hours of general studies. Wanting charedim in Israel to be more like charedim in the US is not wanting to "secularize" them!…

Rav Feldman then repeats a claim that he made several weeks ago, that charedim pay taxes just like everyone else. I don't understand how he can say something that is so obviously false. A person learning in kollel does not pay anything like the amount of taxes that someone in a regular job pays. Sure, he pays property tax and VAT. Whoop-de-do! But his company isn't paying company tax, he doesn't pay income tax, and he only pays 10% of municipal taxes.

This in turn shows the flaw in Rav Feldman's complaint that charedi tax money goes to pay for things that they neither want nor use, such as television, sports stadiums, and so on. The amounts that are spent on such things are a miniscule fraction of that which goes to things that charedim do benefit from - infrastructure and defense. But more significantly, the amount of taxes coming from the charedi community, and their contribution to the workforce and economy, is so low that they are certainly not net providers!

Rav Feldman concludes by returning to the army issue, and asking the Israeli government not to "wreck our lives as Jews." I really don't see how the charedi-leumi community, which serves in the army, have had their lives as Jews wrecked. Still, if that is how Rav Feldman feels, to the extent that he talks about pulling his family out of Israel, so be it. In the US, he will find a government that also dictates basic secular education. And also one that, in times of war for national survival, would not grant an exemption to 20% of the population.

Feldman's atrocious speech is just another in his long line of lies and muddled thinking that dates back, at least, to his abandonment of Slifkin when Israeli haredi gedolim banned one of Slifkin's books, sight unseen – a book Feldman had endorsed.

Feldman caved in to pressure from haredi "askonim" (activists – who are too frequently thugs) and began lying about his support for Slifkin and attacking Slifkin. And its all been downhill from there as far as Feldman's adherence to the truth goes.

Some might question why I accuse Feldman of lying. Perhaps he's only mistaken? t

But when facts are clear and in evidence, and a leader speaks or writes about the topic and twists or ignores those facts, he is lying, and he deserves to be called out for it.

As for CrossCurrents, just in case it pulls down Feldman's laughable remarks, here they are as a PDF file:

When A Haredi 'Gadol' Lies

Rabbi Aharon Feldman claims that the Israeli government has no right to impose secular education on haredi schools, and says that "nowhere in the world would they act so paternalistically towards a minority" – even though all western and westernized countries have educational standards all schools – even haredi schools – are required to meet, and even though his own yeshiva middle school and high school teach secular subject and his post-high school yeshiva students often take night courses at Johns Hopkins with the yeshiva's approval.