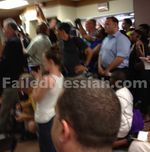 The haredi-controlled scandal-ridden East Ramapo Central School District will reportedly have a deficit of $8.2 million for this fiscal year. 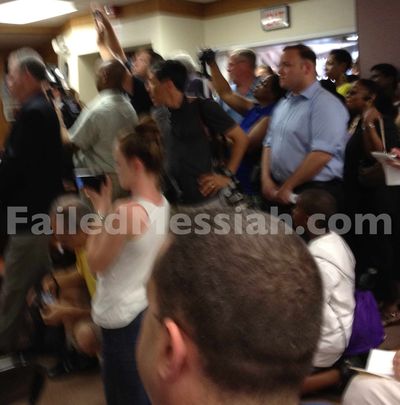 The haredi-controlled scandal-ridden East Ramapo Central School District will reportedly have a deficit of $8.2 million for this fiscal year, the MidHudson News reported.

The deficit is close to the amount alleged by activists opposed to how the school board has functioned and far more than the haredi-controlled board originally claimed. Estimates of the current deficit eventually spiraled to $9 million earlier this year.

The board planned to use the proceeds from the sweetheart sale of school at a heavily discounted price to a haredi yeshiva to pay off the deficit, but the sale was delayed when an activist filed a suit the State’s Department of Education alleging the sale was improper.

The State Comptroller’s Office recommended that East Ramapo develop “reasonable revenue and expenditures estimates.” It also recommended that the district reduce its reliance on one-time revenues – generally generated by selling school buildings the district needs to haredi yeshivas at discounted prices – to finance the district’s operations.

Auditors also called on the scandal-plagued district to develop a plan to deal with an additional, unplanned budgetary shortfall for this fiscal year and said the district must monitor its revenues and expenditures and adjust them as needed to avoid falling into deficit.

The haredi-controlled scandal-ridden East Ramapo Central School District will reportedly have a deficit of $8.2 million for this fiscal year.