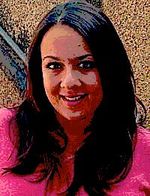 “It’s pathetic that I didn’t know what sexual abuse was. I didn’t know what rape was. When he started doing things to me, I didn’t know they were sexual. When he contacted me and tried to rationalise it as a meaningful relationship, when he said he had cared for me, it was worse than disgust. It was so arrogant, so selfish." 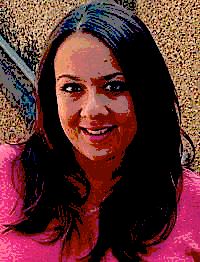 Yehudis Goldsobel talks about the reaction of her largely-Chabad and hasidic London haredi community to her and her family when, after going to rabbis for help and getting nowhere, she finally went to police to report years of sexual abuse and rape at the hands pf Menachem Mendel Levy, a member of a prominent Chabad family.

Levy was eventually convicted on sexual abuse charges and was sentenced a few weeks ago to three years in prison. Support for him in the hasidic community – especially in the Chabad-Lubavitch community – has never wavered. Goldsobel is viewed as an enticer who as a young teen led Levy astray or as a young girl who "wanted it."

She and her family and her friends have been demonized, harassed and shunned while Levy and his 'repentence' have been praised.

In response to all this, Goldsobel started a charity, Migdal Emunah, to help abuse victims in the jasidic and haredi communty.

Here are excerpts of the Jewish Chronicle's interview with Goldsobel:

…“I think some people thought it was contagious, going to the police,” she said.

“Members of my family have been requested to not return to the synagogue, other members threatened to leave if we continued to attend. We have been asked not to enter certain shops for fear they might lose customers.

“Other members of the community have said the reaction is my punishment from God for being what they see as less Orthodox.”…

The sentencing hearing was attended by a large number of [hasidic] men from the community in north-west London [who came in support of Levy].

[Chabad] Rabbi Chaim Rapoport, who until last year held the medical ethics portfolio on the Chief Rabbi’s cabinet, gave evidence as a character witness for Levy, calling him the “embodiment of repentance”, despite the fact that Levy pleaded not guilty and is appealing against both his jail sentence and his conviction.

[Chabad's Rapoport is a "halakhic expert" on homosexuality and halakha and is widely looked up to in the right wing Modern Orthodox community. If history is a guide, that Rapoport gave this horrific testimony in support of Levy is unlikely to change that. – FailedMessiah.com]

When the rabbi was asked what Levy was repenting, he said it was the breach of trust, and added that in Jewish law: “The age 15, 16, 16 and a half would be seen as somewhat arbitrary”. [I.e., it wouldn't count as child sexual abuse and it might not count as rape, either, because once a girl is 12-years-old, she is an adult under Jewish law and can fully consent to sex. Therefore, if she doesn't scream, fight and claw to stop the rape, Jewish law often views that rape as 'consentual sex.' - FailedMessiah.com]

Ironically, Rabbi Rapoport is one of the people Yehudis went to for support when she first decided to reveal the abuse.

Speaking of his comments to the court, she said: “I was mortified. I was embarrassed to be Jewish. It was the last straw for me.”…

When I first understood what had happened I was in shock and denial. It was too much to even begin to process.

“When he contacted me and tried to rationalise it as a meaningful relationship, when he said he had cared for me, it was worse than disgust. It was so arrogant, so selfish.

“I had, maybe naively, always thought the first thing he would say to me would be an apology. Then I got angry. The rabbis did nothing to help, I was in despair.

“I was a little lost sheep knocking on doors. Your whole life you are told if you are ever in trouble you turn to the rabbis and here they were turning away from me.…

“[As a result of the legal proceedings] [y]ou become desensitised. I can talk about sexual abuse for hours, which isn’t normal,” she says.…

“It’s a lonely procedure, it’s very foreign. There was no step by step. I didn’t know what I was allowed to say and what I wasn’t. You needed a life translator. I couldn’t think what the secular words were.”

The turning point for her came when the police team dealing with her case decided to take a course of Jewish education.

“The police were trying hard to learn,” she said, “I felt they were on my side.”…

Chabad Molester To Speak Out.

“It’s pathetic that I didn’t know what sexual abuse was. I didn’t know what rape was. When he started doing things to me, I didn’t know they were sexual. When he contacted me and tried to rationalise it as a meaningful relationship, when he said he had cared for me, it was worse than disgust. It was so arrogant, so selfish."