Updates on the cases of an accused pedophile and the the alleged extortionist father of one of that alleged pedophile's victims. 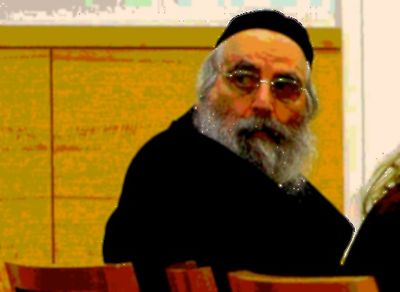 Yesterday's demonstration against Brooklyn DA Charles Hynes over his handling of the Lebovits and Kellner cases was attended by about 30 protestors, including Abe George and Ken Thompson, who are both challenging Hynes in this fall's election.

Several hours before the demonstration began, New York State Assemblyman Dov Hikind lashed out at Hynes and called on him to drop the charges against Kellner as the weakness of Hynes case was exposed, largely by devastating reports in the Jewish Week by Hella Winston (and a followup to those reports by Michael Powell in the New York Times) showed that Hynes case was built on misrepresentations, probable lies and perjury, and an – intentional? – mistranslation of an undercover "Hungarian Yiddish"-language tape, and after the DA had to tell the court Monday at what was supposed to be day one of Kellner's extortion trial that its star witness, "Yoel," had apparently perjured himself to the grand jury that indicted Kellner, lied to prosecutors, repeatedly contradicted himself, and had accepted large amounts of money and goods from a Lebovits supporter and hasidic community activist, Zalmaen Ashkenazi, who was paying "Yoel's" rent, his tuition, for his travel to and from Israel, among other things.

Lebovits' defense team is said to be panicking because the apparently trumped up charges filed against Kellner were filed exclusively based on information supplied by them and Lebovits' son Meir.

Kellner, whose son is an alleged victim of Lebovits, had brought other alleged victims of Leboviys to the DA at the DA's request. Discrediting him was apparently the defense team's main stragety to defend Lebovits – who is well-known in the hasidic community as an abuser.

Now I've been told that there is hard evidence that Lebovits did molest the key witness against him in his first trial, "Y.R."

Lebovits' legal team is desperate working to find any way possible to keep what appears to be the trumped up case against Kellner alive for as long as possible in the hope that it will give the DA cover to drop the legitimate charges against their client, Rabbi Baruch Mordechai Lebovits.

Lebovits, you'll recall, was convicted at his first trial and sentenced to 10 1/2 to 32 years in prison.

That conviction was overturned in April of last year after it was discovered that a detectives notes were not turned over to the defense by Hynes as required by law.

The appellate court ruled that there was evidence to prove Lebovits’s guilt, Hynes had deprived Lebovits of a fair trial by not turning over a detective's handwritten notes about the only witness the defense had planned to call to the witness stand at trial.

“Here, the untimely disclosure of the interview notes precluded the defense from fully and adequately preparing for cross-examination and set a trap for the defendant which had already sprung at the time the notes were finally furnished,” the court reportedly wrote.

Those detective’s notes included a claim by Lebovits' alleged victim, "Y.R." that he had been offered a bribe by that planned defense witness to drop the case against Lebovits.

The evidence I was told about last night seems to confirm that "Y.R." was molested by Lebovits.

Updates on the cases of an accused pedophile and the the alleged extortionist father of one of that alleged pedophile's victims.