East Ramapo’s haredi-controlled scandal-plagued school board has decided to appeal New York State Commissioner of Education John King’s decision to annul a sweetheart lease of a district school to a haredi yeshiva – even though it appears to have no legal grounds to do so. 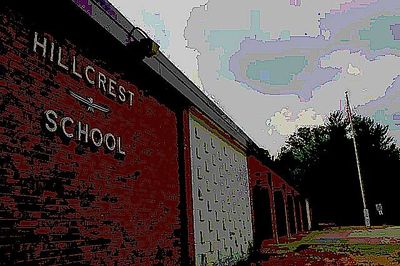 Haredi-Controlled Scandal-Plagued School Board To Appeal State Decision Against It
Shmarya Rosenberg • Failedmessiah.com

East Ramapo’s haredi-controlled scandal-plagued school board has decided to appeal New York State Commissioner of Education John King’s decision to annul a sweetheart lease of a district school to a haredi yeshiva, the Journal News reported.

King found the property was not put on the market for fair bidding. It’s rental rate to the Skvere hasidic girls’ school at $19,000 per month is allegedly 60% below market rate rent.

King wrote that he could find no evidence that the haredi-controlled school board “took reasonable steps to ensure that it was getting the best deal possible in this instance.”

The annulment will cost the financially-strapped and allegedly badly mismanaged district more than $200,000 in rent from Congregation Avir Yakov of New Square.

Weismandl, who has no legal training and no real world education experience,  alleged that King’s ruling “contains significant errors of law and fact.”

The six other board members present at the meeting responded to Weissmandl’s call and voted unanimously to retain the Bingham McCutchen law firm to pursue the appeal. Bingham McCutchen is already defending current and past board members, the district’s attorney Albert D’Agostino, and its administrators in a federal civil rights lawsuit brought by parents. The suit alleges those district officials illegally transferred public funds to haredi yeshivas.

To appeal King’s annulment of the lease within the system, the district must show that his decision was made “under a misapprehension as to the facts,” or it must bring new evidence that was not available to King when he made his decision.

The district can also opt to sue the commissioner in what is known as an Article 78 lawsuit.

According to LawNY.org, the Website of Legal Assistance of Western New York, in an Article 78 lawsuit only three specific arguments can be raised.

1. The agency didn't follow its own rules when it made its decision.

2. The decision was "arbitrary and capricious" or,

3. The decision was not supported by "substantial evidence.”

Both “Arbitrary and capricious" and "substantial evidence" have specific legal meanings.

"Arbitrary and capricious" means the state agency’s decision is not reasonably related to the facts of the case.

"Substantial evidence" means evidence that “a reasonable person would accept [that evidence] as enough to support the agency's decision.

“New York courts very often decide in favor of the agency if the agency has written down some reason for its decision, even if many people would think the decision was wrong,” LawNy.org notes.

Weissmandl told The Journal News earlier this week that the board and administration strongly disagree with King’s ruling.

The district’s lawyers “are still struggling with the concept of annulling the lease. They are challenging the entire concept of the commissioner’s decision,” Weissmandl reportedly said.

Superintendent of Schools Joel Klein reportedly told the paper that he believed that the district had no other choice; it had to appeal King’s decision.

“We have five weeks until school starts, and we have to do something because we’re counting on the revenue. And we have to be fair to the people there,” Klein reportedly said, referring to the Skvere hasidim who are now illegally occupying Hillcrest school, albeit with the haredi-controlled school board’s tacit permission.

The Avir Yakov began renting the school in August 2011, after the board, citing what it falsely claimed was declining enrollment, closed it.

The school district’s enrollment has actually risen in recent years, not declined. The school board has cut hundreds of teaching positions and numerous programs.

The district’s taxpayers, led by the dominant haredi bloc vote, have rejected budgets meant to reflect rising costs and have instead opted to gut the school system.

In 2011, the board had a sale of Hillcrest School voided by the state after no evidence was found that the school district made a fair attempt to sell the property at its fair market value. The sweetheart sale at $3,2 million was well below fair market value. The schools assessed value at the time of the sale was $10.2 million. That sweetheart attempted sale was made to the same Sqvere hasidic school that later rented it at well below the market rate.

$5 million – well below market rate – from the projected sale of the two schools appears in the school district’s 2013-14 budget fiscal year budget.

The board voted on Tuesday to issue a request for proposal from brokers to handle those proposed sales.

East Ramapo’s haredi-controlled scandal-plagued school board has decided to appeal New York State Commissioner of Education John King’s decision to annul a sweetheart lease of a district school to a haredi yeshiva – even though it appears to have no legal grounds to do so.