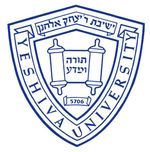 The Forward reports that 19 former students of Yeshiva University's affiliated high school filed a $380 million federal lawsuit against YU today, accusing its administrators and teachers of covering up decades of physical and sexual abuse by staff and, in one case, by a former student allegedly known to be a danger to children who was, nonetheless, allowed in the school's dorms by adminsitrators – who in some cases are themselves alleged pedophiles.

The Forward's story mentions Rabbi Norman Lamm only once.

Lamm has dementia, is very physically frail, and was allegedly tricked and exploited by the Forward in December.

Those statements made by Lamm are a significant basis for the suits possible success. (Indeed, the lawsit opens with them as you can see below.)

Many former Y.U. administrators and staff are named in the suit, including Rabbi Norman Lamm, the president of Y.U. from 1976 to 2003. Lamm retired as Y.U. chancellor on July 1. In a letter announcing his retirement, Lamm acknowledged making mistakes in his handling of abuse allegations when he led Y.U.

Jane Kirtley is the Silha Professor of Media Ethics and Law at the School of Journalism and Mass Communication at the University of Minnesota and Director of its Silha Center. Before that, she was Executive Director of The Reporters Committee for Freedom of the Press for 14 years. She also was a working newspaper journalist for many years. Along with her journalism and academic backgrounds, Kirtly also worked as an attorney and is still a member of the New York, District of Columbia, and Virginia bars.

Kirtley believes the Forward has an ethical and a legal requirement to tell readers about Lamm's impairment.

"I believe that any impaired person cannot give informed consent to an interview. Therefore, from both an ethical and legal perspective, it is very problematic for a journalist to interview someone with dementia (assuming it has progressed to the point where the person is impaired) at all, and to do so without the permission of whomever is authorized to consent is even more problematic.  Only the most extreme situation would justify it -- I suppose if the impaired person was being abused by his/her caregiver, for example.  But an impaired person may not have accurate perceptions of reality.  So if it is done, anyway, there is absolutely an obligation to inform readers of the impairment so that they may assess for themselves the accuracy of the statements.…[there are many] potential legal issues …here [as well], including invasion of privacy (publication of private facts and false light, in particular), libel, false light, and infliction of emotional distress," Kirtley wrote in an email to Failedmessiah.com.

I would add one more potential legal issue to Kirtley's list: collusion with the plaintiffs of this lawsuit and the plaintiffs' attorneys.

But at this point, that is only informed speculation, not fact.

I should add that there is no doubt in my mind that YU is liable and that the alleged abuse took place. But that is no justification for abusing an elderly, frail, impaired man.

The lawsuit as a PDF file. (In most browsers, you can right click and read the document online, or you can choose to download it. Left clicking should start the download, as well):