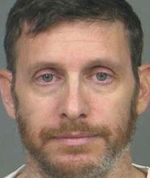 The family of a boy molested by a teacher who was paid by Chabad to flee prosecution in Melbourne even though headmitted sexually abusing students is considering launching legal action against the school, Yeshivah College. 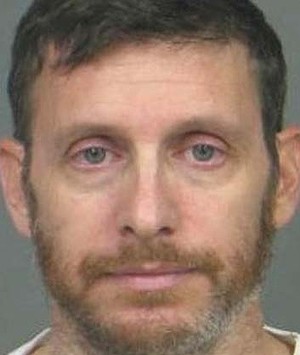 THE family of a boy molested by a teacher paid [by Chabad] to flee Melbourne despite admitting to [sexually] abusing students are considering launching legal action against the school, Yeshivah College.

Rabbi David Kramer, 53, was jailed this week for sexually assaulting four students while teaching at the Orthodox Jewish school between 1989 and 1991.

Court documents revealed the school did not report allegations to police but paid for Kramer to move to Israel after parents demanded he leave the college.

He later relocated to the US, where he was sentenced to a lengthy jail term for abusing a 12-year-old student while teaching at a Missouri [school].

Speaking exclusively to the Herald Sun today, the family of the abused boy in the US called on Yeshivah College to sack anyone who was involved in helping Kramer leave the school.

The principal at the time, Rabbi Abraham Glick, is still employed by the college as the head of Jewish studies.

Kramer's sentencing hearing heard Kramer had made admissions of misconduct to Rabbi Glick, who did not refer the matter to police because he was concerned for Kramer's welfare.

"If (this) is true, we arrive at the inescapable conclusion that the blood of our child ... rests upon the head of those complicit in Kramer's escape from justice," the boy's family said.

"We call upon the Yeshivah Centre to do the right thing: Not by offering hollow, meaningless platitudes of 'we're sorry', but to take concrete action by releasing from its employ all who were responsible for Kramer's escape from justice."

The family also called for: "appropriate remediation and compensation" to all who were victimised by David Kramer.

The family said it would explore "any and all options to hold the Yeshivah Centre legally accountable" if no action were taken.

On Wednesday, Yeshivah principal Rabbi Yehoshua Smukler unreservedly apologised for the "historical wrongs". He said in a statement: "Yeshivah sincerely regrets and unreservedly apologises for not informing the police at the time the allegations arose." [The apology is far from as strong as the Herald Sun reports and is, in fact, very problematic, as you can see here.]

Kramer must serve a minimum of 18 months in prison but could be free in three months with time already served.

The family of a boy molested by a teacher who was paid by Chabad to flee prosecution in Melbourne even though headmitted sexually abusing students is considering launching legal action against the school, Yeshivah College.