Both trials were abandoned after the complainants in both cases withdrew support for the prosecutions. 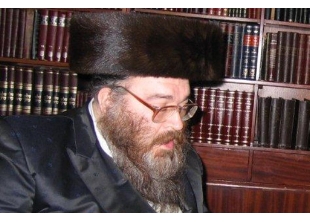 Harassment charges against two men brought in relation to police investigations into a Temple Fortune rabbi have been dropped.

Mr Erlanger, of Powis Gardens, Golders Green, was due to appear for trial at Willesden Magistrates’ Court facing one charge of harassment without violence on July 11.

Mr Feldman, of Lynmouth Road, Stamford Hill, was due for a trial at the same court on Friday facing three charges of harassment without violence.

But both trials were abandoned after the complainants in both cases withdrew support for the prosecutions.

Rabbi Halpern was arrested and questioned in February on suspicion of sexual assault and perverting the course of justice. He is due to return to police in August.

Both trials were abandoned after the complainants in both cases withdrew support for the prosecutions.