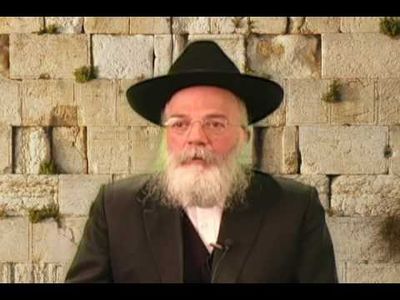 The head of the Our Land of Israel organization, Rabbi Dov Wolpe is calling for civil disobedience in response to Prime Minister Binyamin Netanyahu building freeze policy.

The rav calls on residents of Yehuda and Shomron to defy the prime minister’s policy and to continue building and expanding homes in defiance of the government in response to US Secretary of State John Kerry announcing a resumption of the diplomatic process between Israel and the PA (Palestinian Authority), which includes another Israeli freeze on construction.

Rav Wolpe speaks of how “Prime Minister Binyamin Netanyahu is betraying his people and land by agreeing to negotiate with terrorists regarding the establishment of a Palestinian state in the heart of the Jewish communities throughout Yehuda and Shomron.’

“If the civil disobedience does not begin now, we will once again see divisions of heartless soldiers dressed in black as they destroy additional Jewish communities and ruin the lives of those residents.”

Wolpe issues a call to Bayit Yehudi MKs and cabinet ministers along with the “level headed members of Likud” to act immediately and not permit yet another building freeze in Israel. The rav warns Secretary Kerry and US President Obama of the tragedies they are bringing to the United States as a result of the war they are waging against Eretz Yisrael.

While holding no official position in the Chabad-Lubavitch movement, Wolpe (also sometimes spelled Wolpo, Volpo, Volpe) is arguably the most poplar rabbi inside the Chabad community in Israel.

A messianist, Wolpo is also a radical extemist who bases his political action on his understandings of directives issued by the late rebbe of Chabad-Lubavitch, Menachem Mendel Schneerson.

Wolpo has previously called for a civil war, for rebellion against the government and for street violence. He also favors equating the actions of the Government of israel to those of Nazi Germany.