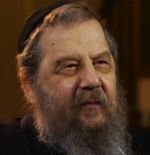 Rabbi Dr. Jacob Immanuel Schochet, rabbi, academic, author, translator of part of the Chabad hasidic work the Tanya, and an authority on Jewish Philosophy and Mysticism, passed away yesterday. 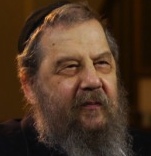 "It is with a very heavy heart that I inform you of the passing on Shabbat of my beloved father in law Rabbi Dr. Immanuel Schochet.

Born in Switzerland, he received his early education there and in the Netherlands. After moving to North America, he attended the Chabad Central Yeshiva Tomchei Temimim in New York from which he graduated in 1958.

He developed a relationship with the Lubavitcher Rebbe even as a young student in the yeshiva, and thereafter the Rebbe urged and encouraged his academic pursuits and literary efforts.

He received his academic education in Canada, attending the University of Toronto, University of Windsor, McMaster University, and University of Waterloo, he holds degrees of BA (Phil), MA (Religious Studies), MPhil (Phil) and PhD (Phil).

His specialties in philosophy were Logic, Epistemology, Ethics, and Philosophy of Religion. His Master's thesis at McMaster University was titled: The Treatment of Anthropomorphism in Targum Onkelos (1966). His PhD thesis at the University of Waterloo was titled: The Psychological System of Maimonides (1974).

He was the Rabbi of the Kielcer Congregation in Toronto for 36 years before becoming the Rabbi at Beth Joseph Lubavitch in 1996. He also served as Professor of Philosophy at Humber College in Toronto, Canada for 25 years, and simultaneously taught Medical Ethics at the School of Medicine at the University of Toronto.

With the onslaught of cults in the 70's and 80's, especially Christian missionary organizations, Rabbi Schochet pioneered a successful network of anti-missionary campaigns which succeeded in reconnecting numerous Jews to their religious roots, literally saving their souls.

Rabbi Schochet has written and lectured extensively on the history and philosophy of Chassidism and topical themes of Jewish thought and ethics and was a world-renown authority on Jewish philosophy and mysticism. He authored 35 books and numerous articles, opinions and treatises concerning all Jewish subject matter.

As an extraordinary dynamic speaker, he has inspired thousands worldwide and traveled to countless Chabad Houses and Lubavitch institutions offering communities the privilege to experience his abundant insights.

Rabbi Schochet was an instructor of the Ivy League Program in the Catskills each summer, he embraced the opportunity to influence and challenge our finest, brightest Jewish minds.

The levaya will be in Toronto on Sunday, 21 Av, leaving at 2 PM from Chabad Gate to the Lambton Mills Cemetery on Royal York Road in Toronto.

May G-d console the esteemed family, together with all those that mourn Zion and Jerusalem.…

Schochet once told me that Crown Heights was a "cult." He told me to stay away from it and said he only went there because he had a child living there. He was harshly critical of Chabad messianism in general and Chabad's Messianist movement in particular and thought Crown Heights was controlled by loonies.

Even so, he still publicly defended Chabad against attacks from people who were making those exact same claims publicly, like Rabbi David Berger, and savagely attacked them in a truly unethical way.

I don't wish illness or death on anyone, certainly not on Manny Schochet.

But he goes to his grave – and to whatever comes after it – with the stain of those public, viscous lies.

Rabbi Dr. Jacob Immanuel Schochet, rabbi, academic, author, translator of part of the Chabad hasidic work the Tanya, and an authority on Jewish Philosophy and Mysticism, passed away yesterday.