Prominent Zionist Orthodox rabbis attack the government's draft reform plan which would draft haredim in part because the plan also reduces the number of draft exemptions given to Zionist Orthodox yeshivas. 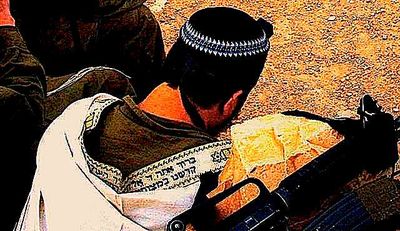 While it has taken some time, and according to some it is too late, many prominent rabbonim from the dati leumi community have spoken out against government plans vis-à-vis yeshivos. The rabbonim signed a letter on Sunday, 8 Tammuz 5773, perhaps finally realizing the Peri Share the Burden Committee is not only striking against the chareidim, but against dati leumi yeshivos as well. The committee as set 300 talmidim as the maximum number of talmidim in dati leumi yeshivos who will receive a draft deferment annually, to permit them to avoid IDF service as they are classified as the elite.

The letter begins with the words of Chazal – לא כרת הקב”ה ברית עם ישראל אלא בשביל התורה, continuing to warn of the grave danger faced by talmidim and yeshivot from the various camps. There is also a hint at criticism against Bayit Yehudi Knesset members, explaining they expected the matter to be resolved during recent weeks, but this has not occurred – adding the situation is far from a solution.

The letter is addressed to the elected officials of the Bayit Yehudi party to act to save the yeshivos before it is too late.

Prominent Zionist Orthodox rabbis attack the government's draft reform plan which would draft haredim in part because the plan also reduces the number of draft exemptions given to Zionist Orthodox yeshivas.