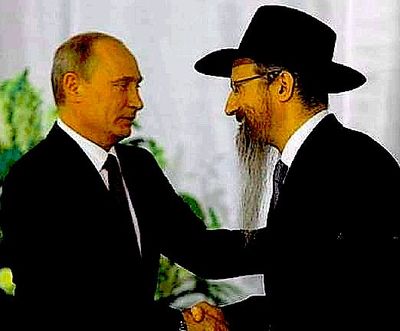 A new exhibit spotlighting rare books from the disputed Schneerson Library collection, featuring 12,000 books and 50,000 rare documents, has opened at the Jewish Museum and Center of Tolerance in Moscow.

The Schneerson Library, which boasts a selection of rare Hasidic religious books and documents, was started in the early 20th Century by Rabbi Joseph I. Schneerson in the Russian city of Lyubavichi (present-day Belarus). Part of the collection later came to be nationalized by Soviet Russia as there were no legal heirs in the Schneerson family.

Earlier this year, a US court issued a ruling according to which Russia would be required to pay US$50,000 a day to Chabad Lubavitch, an Orthodox Jewish movement headquartered in New York City, until it releases the historic Schneerson Library of which the Jewish group claims rightful ownership.

The roots of the conflict go back to 1994, when the Library of Congress obtained seven of the rare Schneerson Library books from the Russian State Library through an inter-library exchange program.

The books were handed on to Chabad-Lubavitch. But since then the US library helped to prolong the use of the books twice, in 1995 and 1996, before the Jewish organization finally refused to return the books back to Russia in 2000.

Chabad-Lubavitch used diplomatic channels to propose another ‘exchange’, sending a list of the books they were ready to give back in return for getting the seven abovementioned books into indefinite possession. In 2004 the movement filed a lawsuit against Russia, claiming the Russian part of the Schneerson Library in full. In 2010 an American court actually granted their claim, which Russia ignored as invalid.

Moscow is currently working on a lawsuit against the US Library of Congress over the rare collection. In January, Russian Foreign Minister Sergey Lavrov said that the recent decision of the US court, ruling to fine Russia US$50,000 daily until it surrenders the texts, “has nothing in common with justice.” The collection is the “heritage of the Russian nation,” according to Lavrov.

President Vladimir Putin came up with the idea to house the unique collection at the Jewish Museum and the Center of Tolerance in February. The president stated that the Schneerson Library belongs to the Russian state.

“Sadly, I can only state that the discussion on the issue has become confrontational, after what I regard as unlawful decisions taken in the other country’s courts,” he said.

Chabad-Lubavitch is one of the largest Hasidic movements of Orthodox Judaism in the world with cells in over 1,000 cities across the world. Founded in the late 18th century by Rabbi Shneur Zalman, the movement was based in the Russian town of Lyubavichi until the early 20th century. In 1940, the sixth leader of the organization, Yosef Yitzchok Schneersohn, escaped from WWII, raging in Europe, to New York, USA, where he founded a synagogue. The movement’s current official HQ is in the Crown Heights section of Brooklyn, NYC.

Moscow’s Jewish Museum and Center of Tolerance features permanent and temporary exhibitions, conference halls, a library, a research center, a 4D cinema, a children's center, a museum shop, and a kosher cafe. Among the first guests of the museum, which opened in November, were Israeli President Shimon Peres and FM Lavrov.

This compromise was opposed by Chabad leadership in Brooklyn.

It should also be noted that a significant amount of the Schneersohn collection are secular books – things like Sherlock Holmes stories published in Yiddish.

Part of Chabad's objection to a compromise like this is that those secular books could one day be put on display with their late rebbe's name attached to them – something that would be an embarrassment for the movement in haredi circles that would also show that the sixth Chabad-Lubavitch rebbe did not tell the truth about the nature of his book collection and reading habits.