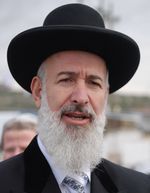 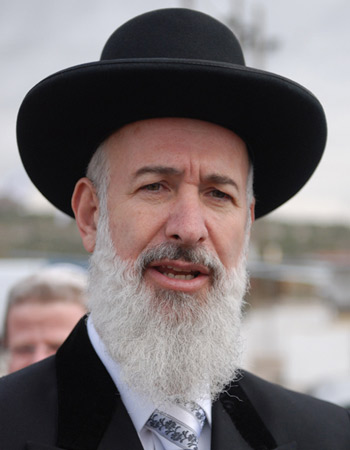 The raid was reportedly the product of a months-long undercover investigation. Metzger was taken to police headquarters this morning for interrogation under warning.

In 2005, Metzger also faced a criminal investigation by the National Fraud Unit for accepting tens of thousands of shekels in allegedly illegal perks from the David Citadel Hotel in Jerusalem. At that time he was also brought to headquarters for interrogation.

Following that investigation, police recommended Metzger be tried for fraud and breach of trust. Metzger suspended himself from the High Rabbinic Court and from his seat on the committee that appoints rabbinic judges.

About a year later, then-Attorney General Menachem Mazuz decided not to indict Metzger. But Mazuz harshly and publicly criticized Metzger conduct in the affair and alleged that Metzger lied to police investigators.

Metzger – who lacked dayanut (the status and certification of a rabbi-judge) and who had already been publicly accused of taking bribes and illegal fees to perform weddings, extortion of couples seeking to marry, forgery of marriage documents, and sexual harassment of both females and males while he served in his role as chief rabbi of North Tel Aviv – was made Ashkenazi chief rabbi in a backroom real orchestrated by Ashkenazi haredi leader Rabbi Yosef Shalom Elyashiv.

In a judicial proceeding convened by the Chief Rabbinate to deal with those allegations against him, as part of a plea deal, Metzger agreed not to run for the position of Chief Rabbi of Tel Aviv and the chief rabbinate allowed him to remain in place in his North Tel Aviv position. Not long after, Metzger ran for the position of Ashkenazi Chief Rabbi of Israel, claiming it was not a violation of that plea deal to do so. Elyashiv backed him and got him elected.

Posted at 10:21 AM in Crime, Litigation, etc., Haredim, Israel | Permalink