« Haredi Poster Against Christine Quinn Treats Her Like Enemy Of Jews, Says Her Name Should Be "Blotted Out" | Main | Nahal Haredi Brigade Cofounder Tells Haredi Parents Not To Allow Their Children To Enlist In IDF »

The mother of a Sefardi haredi child claims a Sefrdi haredi kindergarten in her town refused to admit the child because her husband serves in Israel's military. 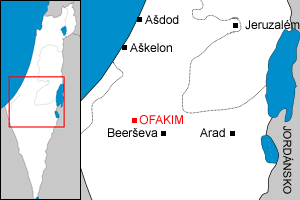 The mother of an Ofakim child told Channel 2 News that their son was refused in an area preschool because her husband serves in the IDF. She is quoted saying that when the operator of the Sephardi chareidi kindergarten learned her husband is in the IDF, she was informed her son cannot be accepted.

The woman is quoted sharing the conversation the school director had with her, reporting she was told that while she is a good and righteous person, the lessons the son will learn as a result of his father serving in the IDF will interfere with his chinuch and ability to study Torah. “I hope your son will not follow his father’s example and serve in the army” she quotes the school director as saying.

The mother explained that as soon as she showed her outrage the director quickly found another reason upon which he blamed the school’s decision to refuse the child. She was told that since she has a computer and iPhone at home along with other unacceptable immodest items he is not suitable for the school.

When Channel 2 contacted the school the conversation went a bit differently and the school insists his being rejected is in no way connected to his father serving in the IDF. The mother reports that she found another frum school that willingly accepted her child.

The mother of a Sefardi haredi child claims a Sefrdi haredi kindergarten in her town refused to admit the child because her husband serves in Israel's military.