Toothless: Likud Defense Minister Still Wants To Strip New Law Of Any Penalites For Haredim Who Dodge The Draft

“Unfortunately, some people don’t understand the sensitivity of changing the situation after 65 years. It can’t be changed by force or by law, and certainly not by threatening populations, be they Arab or Haredi." 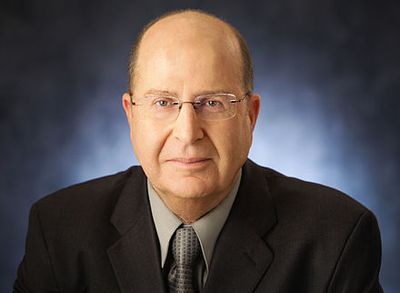 Defense Minister Moshe Ya’alon [of Prime Minister Benjamin Netanyahu's Likud Party] said Tuesday that the ongoing reforms to equalize the burden of military service [i.e., drafting haredim and, perhaps and less so, Israeli Arabs] in Israel was a "sensitive" issue that must be carried out carefully and without threat or force.

“The ways of politics are complicated” in the context of the coalition crisis and the extension of service for hesder yeshiva students, Ya'alon said while on a tour of the Home Front Command on Tuesday,

“Unfortunately, some people don’t understand the sensitivity of changing the situation after 65 years. It can’t be changed by force or by law, and certainly not by threatening populations, be they Arab or Haredi," he added.

“We chose a path of partnership with these populations, leading them to increase their service, and we’ve been successful," Ya'alon said. "The main trend is under way (more Haredim are enlisting in the IDF) and that’s important, but the moment we lash out at a population and threaten to throw people who study Torah into prison, we’ll get exactly the opposite result.”…

The number of actual haredim now serving in the IDF is very small.

Many of the soldiers in so-called haredi units are really right wing Zionist Orthodox, not haredi. Others are BTs who became Orthodox-haredi in their mid-teens and immigrants from overseas. Perhaps the biggest group are shabbabnikim – the so-called "bums" who have been expelled from haredi yeshivas (or left on their own) and often thrown out of their family homes (or left on their own).

In other words, Ya'alon is by any objective standard not telling the truth.

But what is true is that many rank-and-file haredim (a significant number but by no means a majority) would happily serve in the IDF or in civilian national service if their rabbis would let them – but the rabbis won't.

Ya'alon also spoke to Ha'aretz about having to cut back on IDF training, call up of reservists and missile defense systems due to the necessary budget cuts Israel is making.

“We may have to reduce important parts of the budget in the short term, but it will be done judiciously so as not to compromise the IDF’s power,” Ya'alon reportedly said.

What Ya'alon did not say is that the tens of millions of dollars paid to haredim who choose not to work or serve in the IDF could be better spent on that IDF training and on anti-missile systems.

Doing that would not completely solve Israel's budget crisis, but it would certainly help.

Ya'alon is acting as a trial baloon, of sorts, for Prime Minister Benjamin Netanyahu, who clearly wants to coddle his haredi former (and future, most likely) allies.

Netanyahu would like nothing better than to have Yair Lapid's Yesh Atid Party and Naftali Bennett's HaBayit HaYeudi Party leave the governing coalition. Both Lapi and Bennett are legitimate threats to Netanyahu, while the haredim are probably a decade or so away from reaching that level. His choices is to work with Bennett and Lapid and, most likely, not be Israel's next prime minister or get them to leave the coalition, bring in both haredi parties and know that he will probably be prime minister again.

And Netanyahu is nothing if not craven.

Toothless: Likud Defense Minister Still Wants To Strip New Law Of Any Penalites For Haredim Who Dodge The Draft

“Unfortunately, some people don’t understand the sensitivity of changing the situation after 65 years. It can’t be changed by force or by law, and certainly not by threatening populations, be they Arab or Haredi."