The appalling Jewish Press has published a horrific news article by its online editor, Yori Yanover. Yanover has a long history of allegedly harassing and stalking online advocates for victims. He also infamously wrote a very biased, unethical article many years ago for the Forward about Chabad – without disclosing that he worked for Chabad. The Jewish Press knew about Yanover's "issues," but it hired him anyway. And this is the result… 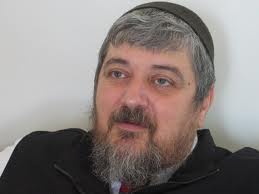 Its author, Yori Yanover, has a long history of allegedly harassing and stalking online advocates for victims. He also infamously wrote a very biased, unethical article many years ago for the Forward about Chabad – without disclosing that he worked for Chabad.

And an error it clearly is.

Here is a prime example of why Yori Yanover should never work in news ever again:

Jewish Teacher Charged with Molestation and Fired on Dubious Grounds
The arrest was made based on the testimony of a 12-year-old babysitter's hearsay from a 6- and a 7-year-old.
Yori Yanover • The Jewish Press
Published: May 13th, 2013

Jordan Eareckson Murray, 32, father of three, known by his students as Rabbi Yaakov, taught first and second grade at the Torah Day School, on South Ferdinand Street in Columbia City, Seattle, and, reportedly, groped two female students, ages 6 and 7, after putting them on his lap behind his desk, in front of other students.

He was arrested May 3 and spent close to 48 hours in the King County Jail before posting a $100,000 bond, according to jail and court records.

Formal charges were filed last week, accusing Murray of touching the two girls under their clothes numerous times since the middle of the school year. Other students were unaware of the behavior because Murray’s desk blocked their view, according to the charges.

Here’s how the evidence against Muray was collected:

The two alleged victims were playing together at the younger girl’s house and told the girl’s 12-year-old sister, also a student at the Torah Day School, that “Rabbi Murray puts his hands in their pants,” according to the charges, which note that the two younger girls “were scared” and confused and didn’t know why it was happening.

If it was happening.

The 12-year-old sister brought the girls to her mother, and they disclosed the alleged abuse, according to the charges.

The 12-year-old had baby-sat Murray’s children in the past, according to reports.

In other words, the arrest was made based on the testimony of a 12-year-old babysitter’s hearsay from a 6- and a 7-year-old.

The Seattle Police Department received two referrals from Child Protective Services on April 23 and launched an investigation, the papers say.

Murray declined to speak with investigators, which means he’s getting good legal advice.

Here’s what Senior Deputy Prosecutor Carol Spoor had to say on the case:

“The defendant is a clear danger to children given the circumstances of this crime where he abused his position of trust as a first- and second-grade teacher, secretly molesting these girls in class in front of others.”

Based on the hearsay testimony of a 12-year old who heard it from her 6-year-old sister and her 7-year-old friend.

I’m not saying the man is innocent—how could I possibly tell? But I’ve been in this business a few years, and when it smells, I can sense it. These cases always depend on the quality of police investigation, most importantly: how much of the information came voluntarily from the child witness, and how much did the interrogating detective feed her.

Children do not have a developed sense of right and wrong, children have magical thinking, children are incapable of reasoning the way adults do. It’s extremely tough for experts in the field to get untainted information from children, because children are constantly on the lookout for cues as to what the adult wants them to say.

Here’s something about the quality of the detective work in this case:

Seattle Detective Michael Moore told the court that a 6-year-old girl had told him that after she approached Murray to show him her school work, Murray put her on his lap and shoved his hands down her pants while he was seated behind his desk. As he did so, Murray stared at the girl’s school work as though he was reading it, Moore continued. The detective added that the rest of the first-grade class was unaware Murray was groping the child.

Having spent two years of my life in the first and the second grades (one year each), I’m trying to imagine a situation whereby a teacher manages to pull off that feat of depravity with no one noticing.

Of course, as is common in these cases, which often turn out to be nothing more than mass hysteria, once the news spreads about the alleged molestation by a rabbi, local children suddenly remember having been abused by the same man.

The chilling documentary, Capturing the Friedmans, shows one such case, where an entire family was destroyed by mass hysteria, spun by confused children, frightened parents, and shoddy work, even, possibly, lies, of the detectives of the Great Neck PD. In 1988, one of the family members, Jesse Friedman, was coerced into pleading guilty to some incredible and imaginary crimes of child sexual abuse, and sentenced to 18 years in prison. In July, 2010, the Federal Second Circuit Court of Appeals said there was “a reasonable likelihood” that Jesse Friedman was wrongfully convicted.

In the Seattle case, another 6-year-old has already come up with a description of sitting on Murray’s lap or standing between his legs, and said other girls in her class also sat on his lap, according to the charges. The girl said Murray often hugged her from behind and touched her over her clothing, the papers say.

So, after having been unaware of anything out of the ordinary happening in the original report, all of a sudden we hear of busy molestation schedules in Rabbi Yaakov’s classroom.

By now there are at least four other students in Murray’s classes, in addition to the original two, all ages 6 and 7, who have “routinely complained of anxiety, headaches and stomach aches,” but the girls’ parents said the children were fine and acted normally after being sent home early, the papers say.

In today’s U.S.A. you’ll catch a better break planting bombs than being a rabbi accused of henky penky.

Murray was fired following the allegations. According to Dan Donohoe, spokesman for King County Prosecutor Dan Satterberg, he does not have a criminal history. Originally, the police told the press that Murray had a criminal record in another state, but then they issued a retraction.

Gives you an idea of the quality of their police work?

Here is the redacted charge sheet and other court documents. You can see what Murray allegedly did and how he was arrested.

Why Didn't The Haredi Torah Day School Of Seattle Do A Background Check?

The Jewish Press has as I see it no choice. It either fires Yanover or it loses any semblance of credibility it might have.

Yori Yanover is a sick, disgusting and dishonest man, and the time has long since past that he should be permanently removed from public Jewish life.

In Yanover's twisted mind, the children are all liars or all manipulated, and poor rabbi is wronged – this despite the fact that the girls' reactions to the alleged abuse and the manner in which they told their stories is entirely consistent with how abuse victims of that age behave.

The behavior of the other alleged victims (who may also press charges) is also utterly consistent with the behavior of abuse victims of that age.

I could go on, but what's the point?

In the world of sick, evil little men like Yanover, the testimony of children does not count and a child telling an adult or older sibling that a rabbi "put his hands down my pants" is hearsay.

In the world of Yori Yanover, the only pedophiles who would ever be convicted are the ones caught as at the moment they abuse a child or, perhaps, if the abuse is caught on tape. But this would also be true of adult rape victims and of women who say they were sexually abused by their rabbi – a rabbi who happens to be a close friend of Yanover's.

Normal people understand that not all allegations are true, but they also know that the vast majority are – as the evidence clearly shows.

Yanover's calculus flips this upside down.

Despite the facts, despite the evidence, despite the fact that law enforcement (at least in major and mid-sized cities throughout the US and Canada) have not used the poor interview techniques that were used in some cities 25 years ago in more than two decades, despite the fact that law enforcement officers are now primarily college educated and those who investigate sex crimes against children get extensive detailed training in interview techniques meant to prevent leading the alleged victims to say what they think the detective wants to hear – despite all that,  Yanover sees a world where the alleged abusers are almost always innocent, and the alleged victims are almost always lying, manipulated or enticers.

He is sick, evil man.

The Jewish Press should be very ashamed.

The appalling Jewish Press has published a horrific news article by its online editor, Yori Yanover. Yanover has a long history of allegedly harassing and stalking online advocates for victims. He also infamously wrote a very biased, unethical article many years ago for the Forward about Chabad – without disclosing that he worked for Chabad. The Jewish Press knew about Yanover's "issues," but it hired him anyway. And this is the result…