After publication of a Supreme Court ruling slammed his conduct as a beit judge, Chabad's head rabbi of Melbourne suddlenly resigns from the Rabbinical Council of Victoria. 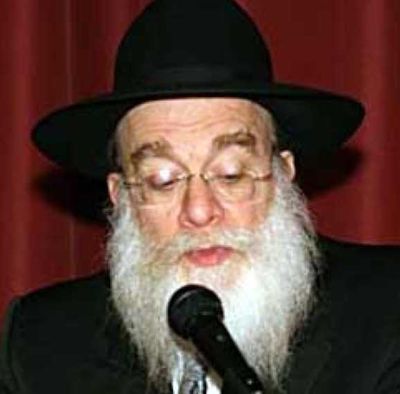 In response, several sources, including Manny Waks, tell FailedMessiah.com that Rabbi Zvi Hirsch Telsner has suddenly resigned from the Rabbinical Council of Victoria.

A SUPREME Court of NSW justice has slammed three Australian rabbis and dismissed a beth din ruling, saying that the case was unfairly handled.

In 2010 a beth din, comprising Rabbi Zvi Hirsch Telsner, Rabbi Menachem Mendel Kaminetsky and Rabbi Yoram Ulman, ordered Sydney company director Benjamin Amzalak to pay more than $300,000 to Shlomo Thaler in the wake of a disputed share transaction. Unhappy with the decision, and the process by which it was reached, Amzalak appealed to the Supreme Court of NSW.

Three years on, in an 81-page ruling handed down on Monday, Justice Monika Schmidt said that the beth din didn’t comply with the law, that the case was handled unfairly, that the judges were not impartial, that Amzalak was only given two days’ notice, which was inadequate, and that the finding was a miscarriage of justice because of “a failure to deal at all with Mr Amzalak’s defence”.

Justice Schmidt said that even on Rabbi Telsner’s own evidence “it is clear that this case and the applications which he [Amzalak] made were not dealt with in a fair and even-handed way”.

She also said that Rabbi Telsner’s evidence should be “approached with some caution given what emerged in his cross-examination”, adding, “it became apparent that before he gave his evidence in these proceedings (in the Supreme Court of NSW), he had come to appreciate that he had said things in his affidavit which he appreciated were not only wrong, but damaging to Mr Amzalak, but which he had not taken steps to correct.”

It was also revealed that on the final day of the beth din hearing Rabbi Ulman said in Yiddish, which Amzalak didn’t understand, that they should give Amzalak more time to give evidence so they would not give the “appearance of impropriety”, even though his mind was already made up.

Speaking to The AJN this week, Rabbi Telsner dismissed the judge’s ruling. “I stand by my original psak (ruling) that I gave then, and I don’t see any reason to retract it,” Rabbi Telsner said.

“In Jewish law that type of bias is not looked upon as being true bias in general.

“All of the rabbis were impartial. That which the judge said that they weren’t, I dispute totally.”

He admitted, however, that the ruling has concerned him. “The people that read it may consider my personality is not as it should be.”

Rabbi Kaminetsky revealed, however, that Rabbi Ulman made his comment in Yiddish because the former believed Amzalak was simply trying to delay the case. Kaminetsky added that the rabbis thought Amzalak was “full of hot air”.

When approached for comment, the Rabbinical Council of Victoria (RCV) revealed that Rabbi Telsner had resigned from the body earlier this month. Neither he nor the RCV was prepared to comment on the reason for his resignation.

However, in a statement the RCV said: “This unfortunate case has only strengthened the RCV’s resolve to establish a formal, proper and respected beth din for civil and ­commercial disputes within our ­community.

“The process which is currently being established in consultation with legal and halachic experts will aim to ensure that its processes are in accordance with halachah and the Arbitration Act, and that its awards are enforceable in the Australian secular courts.

“The RCV will ensure that its judges have appropriate qualifications and experience.”

The body further encouraged “all parties to abide by the Supreme Court’s rulings or alternatively to pursue other legal options available to them”.

Posted at 01:00 AM in Chabad, Crime, Litigation, etc., Haredim | Permalink

After publication of a Supreme Court ruling slammed his conduct as a beit judge, Chabad's head rabbi of Melbourne suddlenly resigns from the Rabbinical Council of Victoria.