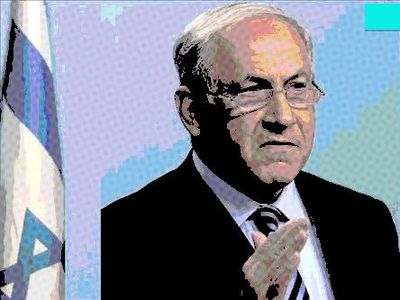 But at last minute, the Likud faction objected to the criminal penalties.

Netanyahu’s natural coalition allies are (and have been until this latest government was formed in February) the haredi political parties. Netanyahu – or any other Likud faction politician – will almost certainly need their support to form any future government. The haredi parties are adamantly opposed to drafting haredim.

Likud sources reportedly told the Jerusalem Post that a compromise could have been reached with Yesh Atid Minister Yaakov Peri, who heads the committee, but Peri spoke with Yesh Atid’s head, Finance Minister Yair Lapid, who allegedly would not allow compromise.

“It’s Yesh Atid violating the coalition agreement, not [Defense Minister and Likud point man on the issue of the haredi draft Moshe] Ya'alon. There won't be a coalition crisis unless Yesh Atid wants one,” the Post was told – even though this makes absolutely no factual or logical sense.

Meanwhile, Economy and Trade Minister Naftali Bennett, the head of the  right wing Zionist Orthodox HaBayit HaYehudi Party] tried to downplay the crisis this morning during an Army Radio interview.

“[We] agree on more than we disagree.…

"No one wants to see police conduct mass arrests in [the haredi city of] Bnei Brak, but we want there to be enough incentives for haredim to serve. We will meet and find a solution. I am very optimistic,” Bennett said. His party supports criminal penalties for haredim and others who dodge the draft.

Before last night’s meeting ended in the early hours of Monday morning, all committee members agreed on two points.

1,800 high-level haredi yeshiva students will be exempted from the draft each year.

Zionist Orthodox hesder army service will be lengthened to 17 months from the current 16 months.

Posted at 05:46 AM in Haredim, Israel, Religion, Religion & State | Permalink