Beit Hillel, a Modern Orthodox organization founded in Israel in January 2012 to advocate for moderation in Orthodoxy, has initiated a campaign to advocate for prenuptial agreements designed to help prevent get (divorce) refusal. 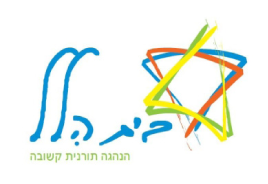 Beit Hillel, a Modern Orthodox organization founded in Israel in February 2012 to advocate for moderation in Orthodoxy, has initiated a campaign to advocate for prenuptial agreements designed to help prevent get (divorce) refusal, the Jerusalem Post reported.

Beit Hillel is made up of 170 Zionist Orthodox rabbis – primarily congregational rabbis, not yeshiva heads – and female scholars.

As a result, the organization is very responsive to the average person’s needs, and while yeshiva heads have been slow to find solutions to get refusal, Beit Hillel chose to act.

“The problem of get refusal, which affects both men and women, is spreading and becoming more widespread. When one of the partners getting divorced understands that they have certain powers in deciding whether or not to give or accept the bill of divorce, it can be used as a form of extortion or revenge,” the group said in a prepared statement.

For a woman to remarry, halacha (Jewish law) mandates that a woman must first obtain a get (bill of divorce) from her husband. But he can refuse to grant it, leaving his wife an agunah (a “chained” woman) who is unable to remarry or have a sexual relationship with a man. Some women are left in this state for years; a few have even been left agunahs for decades.

There are reportedly currently several thousand open cases of male get refusal.

There are women who refuse to accept a get, but their husbands can still live with another woman, father children with that new woman and even remarry without penalty under Jewish law – agunahs cannot.

The average time it takes after the divorce case has been opened in rabbinical court for a woman to be given a get by her husband is reportedly 642 days.

According to law, Israel’s marriage registrars must authorize prenuptial agreements. Even so, many refuse to do so because they believe or fear it is not acceptable in Jewish law to do so.

Beit Hillel says it is the first Orthodox rabbinic organization in Israel to support prenups.

“Signing this agreement means in practice that it just doesn’t pay to refuse your spouse a bill of divorce. In most cases this is an effective tool to prevent the problem from arising which is why it is so important that the Israeli public, including young couples and their parents, become aware of this option,” Beit Hillel’s Rabbi Ronen Neuwirth told the Post.

“We encourage all couples in Israel who are getting married to sign before they wed, and in so doing will demonstrate their love and devotion to each other.… [T]he prenuptial agreement is an amendment that serves as a form of security, exactly as the Sages established when establishing the marriage contract,” Beit Hillel said in a prepared statement, likening prenups to buckling up a seat belt before driving.

Beit Hillel, a Modern Orthodox organization founded in Israel in January 2012 to advocate for moderation in Orthodoxy, has initiated a campaign to advocate for prenuptial agreements designed to help prevent get (divorce) refusal.