« Editorial: Postville, 5 Years After | Main | Why Didn't The Haredi Torah Day School Of Seattle Do A Background Check? »

The woman had a stern warning for New York Post readers. The cure will only work on Jews, not on Gentiles. “Gentiles,” she reportedly said, “are not capable of taking this.” 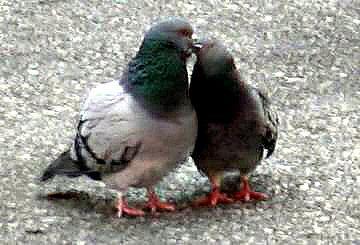 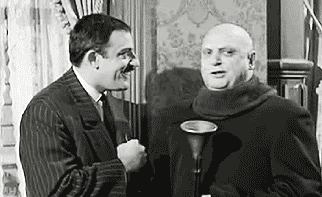 "Fester, old man, be a good sport and go bag me one of your pigesons!"

It is the offbeat – and off-putting – New York story the New York Post excels at finding.

Like a recipe from the old Addams Family television sitcom, a recent ad in Di Tzeitung (a Brooklyn-based, Yiddish-language paper loosely affiliated with Satmar) recommended that pigeon blood be poured on warts, left to stand for an hour, and then washed off, the Post reported.

Do that, the ad reportedly says, and in two or three weeks, “with God’s help, there is no memory thereof.”

“I did this to help people. You go to the market, you buy a pigeon, and the blood goes on the wart. That’s it,” the woman who placed the ad and who claimed the cure worked on her daughter told the Post. She also claimed not to be affiliated in any way with the meat market her ad recommends. Instead, she claims that the market is mentioned because no one else in Williamsburg would perform the the cure for her.

But the woman had a stern warning for New York Post readers. The cure will only work on Jews, not on Gentiles.

“Gentiles,” she reportedly said, “are not capable of taking this.”

Some local rabbis were aghast that the ad had been run and the Post had discovered it – perhaps like one might feel a pigeon or two dive bombed and did their business on the rabbis’ new $3,000 shtreml as revenge.

“This isn’t for every Tom, Dick or Harry. It’s like a talisman — something that helps you, but you don’t know why,” an area rabbi huffed.

The Post also notes that pigeon advocates were appalled, as well.

“It’s meshuggeneh,” Anna Dove, who runs the People for the Preservation of Pigeons Facebook page, told the paper.

The woman had a stern warning for New York Post readers. The cure will only work on Jews, not on Gentiles. “Gentiles,” she reportedly said, “are not capable of taking this.”