« Haredi Pol Caught Using Fake Persona To Promote His Own Agenda | Main | Video: When The Kotel Was Unisex » 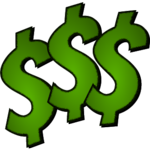 Lakewood Yeshiva gets $10.6 million in government money to build a library and a "research center."

…• Beth Medrash Govoha, a yeshiva in Lakewood, got $10.6 million for two construction projects, including a library and research center. That amount was larger than the $10.2 million for Fairleigh Dickinson, the state’s largest private college.

The 176 approvals were whittled from more than 250 applications for funding.

Senate Republican Leader Tom Kean Jr. (R-Union) proposed the public referendum for the November election that was signed by the governor.

"Last November, New Jersey voters made the right decision to invest $750 million in improvements for colleges and universities around this state," Kean said in a statement last night. "Today, the public’s investment is honored by the approval of dozens of projects all over the state that will make colleges more competitive and attractive. These colleges are now charged to offer the most innovative tools for the success of their students, who will ultimately be leaders in New Jersey’s workforce."

The theology of Beth Medrash Govoha is that students should learn in yeshiva/kollel in perpetuity unless it becomes financially or otherwise impossible. So that $10.6 million BMG got is very unlikely to "offer the most innovative tools for the success of their students, who will ultimately be leaders in New Jersey’s workforce."

But it is likely to secure haredi bloc votes for Republican candidates – including Governor Chris Christie.

Lakewood Yeshiva gets $10.6 million in government money to build a library and a "research center."