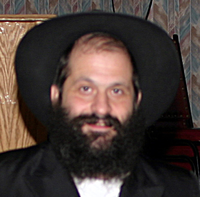 "…I think about the hashgocho protis and the symbolism of the name of the legal petition being presented to the appeals court. It’s a Latin expression called "Habeus Corpus,” which literally means, “Produce the body [from jail].” The emphasis is on the word “body,” as opposed to saying, “Produce the person,” because the guf, the body, is all they can imprison. The Yiddisher neshama is out of reach, never to be imprisoned or enslaved, boruch Hashem!…" 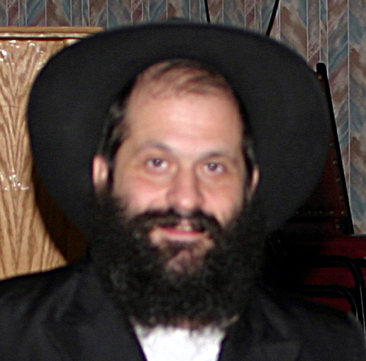 Convicted of conspiracy to commit bank fraud and related crimes, former Agriprocessors VP Rabbi Sholom M. Rubashkin is serving a 27-year prison sentence. He as not admitted guilt, not apologized to his victims, and has not made restitution. Chabad charites – one controlled by Rubashkin himself – received $18 million from Agriprocessors when it was already insolvent in what appears to be a massive money laundering scheme (and what is, in any case, an illegal transfer funds).

He appealed his case and lost. He petitioned the United States Supreme Court to have his case heard and was denied a hearing. He was convicted on massive evidence that clearly showed that, among other crimes, Rubashkin had used Jewish charities he controlled to launder money for Agriprocessors.

The bank that supplied Agriprocessors with millions of dollars in credit lost almost $27 million.

On top of all this, he also stole money from his employees, mostly from the approximately 75% of his workforce who were undocumented workers.

And he stopped paying his employees' health insurance premiums without telling them, leaving hundreds of workers without health insurance – including at least one worker stricken with cancer who found out her insurance had been cancelled when she was denied treatment.

Despite all this, Chabad and many haredim treat Rubashkin as a hero. (One reason for that may be that the Chabad and haredi media refuse to report any of these facts other than Rubashkin's conviction and appeals.)

One of the things Chabad and haredi websites often do is post Torah thoughts written by Rubashkin in prison. Here is the latest example of that (written as a Torah though and a muted fundraising letter) posted by the Chabad website Shmais.com:

Coming from the inspiration of Lag BaOmer and a stronger sense of veohavto leraiacho komocho, the klal godol baTorah as taught by Rabi Akiva, we are so gratified to be zoche to see this klal godol translated from idea into action.

Just as Yidden joined ranks together as one as they stood together at Har Sinai before kabolas haTorah, Yidden have united in compassion with a fervent bakosho to our Father in Heaven to help free a fellow Jew and to re-unite him with his family and klal Yisroel. May He send His yeshuo bekorov!

Kol hamevoraich misboraich, just as you are being mechazek me and my family so greatly in this dark and cold place, so may you too be blessed and strengthened. May Hashem shower you with all His brocho. May He answer all your needs, in beni, chayai, umzonei reveichai, in great abundance and in a revealed good way.

Borcheinu ovinu kulonu k'echod. We ask Hashem to give us His brocho for physical and spiritual goodness, in the merit of being kulonu k'echod, and knowing that our ahavas Yisroel brings great nachas ruach to our Father in Heaven, just as we, too, experience, when our children are united and love each other.

I think about the hashgocho protis and the symbolism of the name of the legal petition being presented to the appeals court. It’s a Latin expression called "Habeus Corpus,” which literally means, “Produce the body [from jail].”

The emphasis is on the word “body,” as opposed to saying, “Produce the person,” because the guf, the body, is all they can imprison. The Yiddisher neshama is out of reach, never to be imprisoned or enslaved, boruch Hashem!

From Matan Torah we are given the koach to release the guf from its physical imprisonment and unite it with the neshomo. As Hashem Yisborach can bring an end to each and every Yid’s personal golus, so may He break the gezeirah that has imprisoned me and torn me from my loved ones.

In the haftorah of novi Yechezkiel which is read on Shavuos, the novi describes the lofty vision he saw Above. He describes the demus of the malachim and the merkovoh, with a detailed description of the Holy upper worlds of which we have no comprehension.

The question is, why is this haftorah selected for the day of Matan Torah? We know that the maaseh merkavah is permitted to be learned only by those who are on a lofty spiritual level.

One of the answers given by meforshim cites the pesukim in the novi that describe how the novi saw the demus, the likeness, of what exists above in the holy spheres.

In the same vein, Hashem showed the Yidden at the time of Matan Torah that the upper worlds and lower worlds are not wholly and permanently separate. Everything below has its roots in the keudsha and ruchniyus above.

Just as the image seen in a mirror reflects all the details of what is captured in the reflection but does not embody the objects themselves, our world, too, is a reflection, a demus, of what is happening Above, in the upper spheres. Everything in our world has its shoresh Above.

The gilui shechina at Matan Torah was not restricted to that event and that period of time exclusively. It was a koach granted to the Yidden and implanted in their hearts and in the hearts of their descendants, to enable them to elevate themselves in their avodah and become dovuk to Hakadosh Baruch Hu.

It was as if a new law of nature was introduced into Creation at Matan Torah, nullifying the gezeiro that once kept the elyonim from descending to the tachtonim. That force removed the impenetrable barrier between the worlds that kept the kedusha of the upper spheres flowing down to the lower world. Now the interaction between the two worlds became contingent on the avoda of the Yidden.

So we take this lesson and focus on our avodah to Hashem Above, that he should bless our avodas Hashem with hatzlocho and brocho!

All of us need a yeshua from Hashem in one way or another. And this is my bakosho nafshis, my heartfelt prayer to each and every Yid. Please let us continue with this wave of ahavas Yisroel that began on Lag Ba’omer, and by doing something together on one designated day that is tied to ahavas Yisroel, may we draw down from Above the personal yeshuos and personal geulah, as well as the geulah shleima each one of us prays for.

According to all minhagim, the inyan of sadness and aveilus ends by Rosh Chodesh Sivan, which falls out this Friday, erev Shabbos. This Shabbos, parshas Bamidbar, in preparation for Shavuos, let us gather in our shuls with ahavas Yisroel and achdus Yisroel. With a kumzitz, a kiddush, a farbreng, and perhaps even a seudah that has the power to unite people.

Let us all try to deepen our understanding of the klal godol baTorah, Ve’ohavtoh lerai’acho komocho, each ‘shevet’ discussing it in whatever way will most inspire them to ahavas and achdus Yisroel. Whether it is through learning Toras hanigleh or learning from the penimius Hatorah, the key is to have kavono that we all are doing the same thing and at the same time.

Even though we are in different time zones, our Father in Heaven is above time. When Hakadosh Baruch Hu sees our Ahavas Yisroel and pure intentions, He will unite us all and elevate us above the confines of time and place.

May He open His treasure house of brochos that surpass the limitations of our physical world. And may we be gebenched by our Father in Heaven, the Baal Rachamim, with our geulah proti and our geulah kloli now, with Moshiach Tzidkeinu.

"…I think about the hashgocho protis and the symbolism of the name of the legal petition being presented to the appeals court. It’s a Latin expression called "Habeus Corpus,” which literally means, “Produce the body [from jail].” The emphasis is on the word “body,” as opposed to saying, “Produce the person,” because the guf, the body, is all they can imprison. The Yiddisher neshama is out of reach, never to be imprisoned or enslaved, boruch Hashem!…"