Before the FBI swept up Spring Valley's mayor and depurty mayor in a bribery sting, Deputy Mayor Joseph Desmaret took a bribe from Satmar hasid Moses "Mark" Stern as part of an unrelated [crime], a federal criminal complaint says. 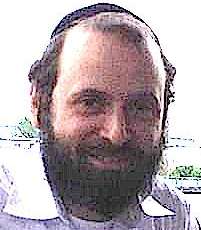 Before the FBI swept up two elected village officials in a bribery sting, [Spring Valley] Deputy Mayor Joseph Desmaret took $1,000 from a cooperative witness as part of an unrelated [crime], the federal complaint outlining the community center bribery scheme says.

Details of this "prior corrupt agreement," as court documents call it, were not spelled out, and authorities would not discuss them over the weekend. Whatever took place happened before federal authorities joined the investigation begun by the Rockland County District Attorney's Office.

The payoff to Desmaret came Feb. 28, 2012, inside a car owned by the undercover cooperative witness, identified as corrupt financier Moses "Mark" Stern, who has been tied to several multi-million defaults of loans and alleged financial frauds.

During the meeting, Stern also gave Desmaret "$5,000 in cash as partial payment of the bribe" for him to vote for a corrupt deal -- a catering hall-community center proposed on village property…

The complaint doesn't detail what Desmaret allegedly did for Stern to get $1,000, but states "the agreement that gave rise to the $1,000 payment is unrelated to the charge herein," referring to the payoffs for the catering hall-community center.

Desmaret…ended up getting $10,500 from Stern for his vote to give the project to the Monsey resident's holding company, for which Stern and [Spring Valley Mayor Noramie] Jasmin are silent partners, the complaint states.

While Desmaret and Jasmin are charged with mail fraud, a federal grand jury continues to investigate, with the potential to bring bribery and other charges.

The [grand jury] issued subpoenas for village records…according to a memo sent to Village Hall employees telling them not to destroy any records.…

Stern, whose cousin's son's bar mitzvah in the NYC jail known as the Tombs got Satmar Rabbi Leib Glanz removed as a NYC Prisons chaplain, apparently got the property his Monsey mansion sits on through a complex mortgage fraud involving straw buyers. One of those buyers, David Neumann, recently pleaded guilty to bank fraud in the scheme. Glanz recently pleaded guilty to federal housing fraud along with his brother Menashe. But the well-connected Leib Glanz got only a slap on the wrist – he'll spend his summer in a club fed prison and should be out in time for Rosh Hashana.

Stern allegedly kept files of dirt on politicians that he could use to blackmail them – or use to trade with federal or county prosecutors in return for sentencing consideration and other favors, if he was ever caught. And, of course, Stern was caught. And that raises two very important questions: Did Stern really keep those files and, if he did, is he using them now?

If he is, expect many more arrests.

Before the FBI swept up Spring Valley's mayor and depurty mayor in a bribery sting, Deputy Mayor Joseph Desmaret took a bribe from Satmar hasid Moses "Mark" Stern as part of an unrelated [crime], a federal criminal complaint says.