Israel Police Lie About Women Of The Wall In Court, Judge Doesn't Buy It

In court, Israel Police blamed Women of the Wall (WoW) for a disturbance clearly initiated by others, claimed an eccentric male Kotel regular's burning of a Mormon missionary tract was caused by WoW, and deceptively claimed they don't get their instructions on what is and what is not "local custom" at the Kotel (Western Wall) from the Kotel's haredi rabbi when, in fact, they get that information from that rabbi, who uses the legal fiction of giving his instructions to the Justice Ministry which then transmits his instructions to the police. 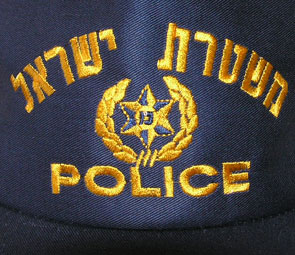 Please note that the police deceptively refer to the Mormon missionary pamphlette burned by a Kotel eccentric as a "book," and never mention what it actually is. They also refer to the rear of the men's section, the area where that Mormon tract was burned, as "between the partition that separates the men’s section from the women’s section"  – also completely false. Police also lie about how they judge what is and what is not minhag hamakom, local religious custom, at the Kotel, by claiming they don't get their instructions from the Kotel's haredi rabbi when, in fact, they do get that information from him. But he uses the legal fiction of giving his instructions to the Justice Ministry which then transmits his instructions to the police.

The latter lie is Prime Minister Benjamin Netanyahu's own ochestrated deception, put in place to appease his haredi coalition partners in previous governments and still not removed, even though haredim are not part of the current government.

But as I wrote a couple months ago, Netanyahu knows that eh must find a way to bring haredim in and push the Zionist Orthodox and Yair Lapid's Yesh Atid Party out, because Zionist Orthodox leader Naftali Bennett and Yair Lapid, if left in place and allowed to do their jobs well, could very well form the next government without Netanyahu's Likud Party. They – especially Lapid – pose the greatest threat to Netanyahu and Likud, and Netanyahu needs the haredim to overcome it.

And that is why no matter what Israeli courts rule or what cockamamie 'compromise' Natan Sharansky deceptive cooks up to provide Netanyahu with some cover, Women of the Wall will not get what they seek as long as Likud is in power.

Before the Honorable Judge Sharon Larry-Bavly

The Petitioner: The State of Israel

Present: Representative of the Petitioner, Superintendent Yuval Zizi The Respondents and Counsel for the Respondents, Adv. Barhoum

Representative of the Petitioner, after being duly cautioned: Reiterates the petition and further adds. Presents the ruling of the High Court of Justice that established the venue of prayer for Women of the Wall.

Presents a printout from the Women of the Wall website, which states where prayer is permitted, as well as the restrictions on prayer. Presents the Preservation of Jewish Holy Places Regulations. Presents the ruling of the Honorable Judge Kadouri with respect to the matter of a different female worshiper.

Today, as on every day of prayer for Rosh Chodesh [the first day of a Hebrew month], the Respondents arrived for a women’s prayer service at the Western Wall plaza, wrapped in tallitot [prayer shawls]. The police deployed reinforcements, in light of the recent tension in this respect. Over the past few months, the Women of the Wall have come to the Western Wall, donned tefillin [phylacteries] and prayed out loud. This is in contravention of the ruling[s] of the High Court of Justice from 2000 and 2003, which I have submitted, and in violation of the Preservation of Jewish Holy Places Regulations, 5741-1981.

Local custom is also noted in the same High Court of Justice ruling, and I have referred the Court to it. It establishes that the Women of the Wall who wish to pray in a manner that is not consistent with local custom shall do so at Robinson’s Arch, which has been rendered suitable for that purpose.

I shall note that during the course of the prayer services today, there was a disturbance of the peace, as male and female worshipers gathered and shouted. The police forces that were present at the Western Wall formed a barrier between them and the Women of the Wall. One of the male worshipers went so far as to burn a pamphlet, and he was arrested, as well.

Parenthetically, I shall note that the police have demonstrated a great deal of patience and restraint in recent months. Talks have been held with the leadership of Women of the Wall, as well as with political entities, including the Rabbi of the Western Wall and the Jewish Agency, in order to find a solution that will be satisfactory to all of the parties. In recent months, the police have refrained from carrying out detentions and arrests, and have attempted to adopt a restrained approach. Notwithstanding, each month and up until the present time, the prayer services have become more and more tense, and more and more publicly defiant, and the women arrive from the outset wrapped in tallitot [prayer shawls] and wearing tefillin [phylacteries] on their arms, with the objective of creating a fait accompli. This causes a disturbance of the peace at the Western Wall, as well as incitement.

We are asking that the Court order a targeted removal, in other words, not a sweeping removal for 90 days, but rather for the next three Rosh Chodesh prayer services, which will take place on the dates that appear in the petition. The objective of this is to create calm and to distance the women who carry out provocations at the Western Wall. As a police force, we have an obligation to uphold the law, as well as to serve the interest of the other side, as this further manifests in the ruling of the High Court of Justice, which I have submitted.

I shall submit a document that lists the chain of events from the time of the first ruling of the High Court of Justice and the first Court decision, and that reviews the meaning of local custom.

We are requesting that the petition be approved.

Q.    Is it true that you interpret the concept of local custom in accordance with that which was communicated to you by the Rabbi of the Western Wall?

Q.    On the basis of what do you interpret it?

A.    On the basis of what was written in the High Court of Justice ruling from 2000, as well as the guidelines of the Ministry of Justice, by Yaacov Shapira, the director of consultancy and legislation.

Q.    Just a little while ago, I heard you, with my very own ears, stating that the Rabbi of the Western Wall is the one who determines what constitutes local custom. Are you retracting that?

A.    I am saying that the Rabbi of the Western Wall is the person who is in charge of the Holy Places, and he is also the person whose responsibility it is to ensure what constitutes local custom at the Western Wall, pursuant to the ruling of the High Court of Justice. The High Court of Justice has ruled that local custom is that which has been established for generations.

Q.    And according to you, local custom is that which has been established in Jewish law.

Q.A. [Translator’s note: as written] I am declaring in Court that Robinson’s Arch has been rendered suitable for women’s prayer, as required, and it also states this on their website.

Representative of the Petitioner sums up: I reiterate the petition.

Representative of the Petitioner: The Respondents were not released from the police station, insofar as I have only the authority to remove them for 15 days. Their prayer services do not only take place on Rosh Chodesh. While Counsel for the Respondents states that they are not violent, I shall state that they are brazenly stomping on the law, and as a result of this, a disturbance of the peace ensues.

I have here documentation that shows that the person who burned the book stood between the partition that separates the men’s section from the women’s section. He was interrogated and detained, and he is still under arrest. People said to us that you have not proven that the public welfare has been harmed.

We have exercised restraint, and these offenses are repeated and must be stopped. Every month, it becomes more intense.

After hearing the parties, examining the evidence, and briefly watching a video clip that the representative of the police submitted, I find that there is no basis for the arrest of the Respondents. The disturbance of the peace that has occurred at the Western Wall, to the extent that it took place, was not a disturbance of the peace on the part of the Respondents. While it is true that the video clip shows female worshipers from Women of the Wall approaching another female worshiper, I cannot ignore the fact that this female worshiper was demonstratively standing with her back to them, while carrying an umbrella that featured defamatory slogans directed against Women of the Wall. Under these circumstances, it was not Women of the Wall who initiated the provocation.

Having established that there are no grounds for arrest, I also cannot order the imposition of restrictions on the Respondents, and I am ordering their release without restrictions. Parenthetically, I shall note that it is recommended that all of the parties reach a consensus with respect to a legal resolution, in order to prevent unnecessary provocations in the future.

Right to appeal as established by law.

Court Transcript As A PDF File:

Israel Police Lie About Women Of The Wall In Court, Judge Doesn't Buy It

In court, Israel Police blamed Women of the Wall (WoW) for a disturbance clearly initiated by others, claimed an eccentric male Kotel regular's burning of a Mormon missionary tract was caused by WoW, and deceptively claimed they don't get their instructions on what is and what is not "local custom" at the Kotel (Western Wall) from the Kotel's haredi rabbi when, in fact, they get that information from that rabbi, who uses the legal fiction of giving his instructions to the Justice Ministry which then transmits his instructions to the police.