« Learning From Tragedy – Or Not, As The Haredi Case May Be | Main | Video: The Knesset Conflict Between Yair Lapid And The Haredim » 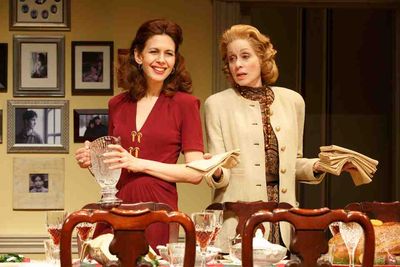 The tickets are for the Tuesday, May 7th 7:00 pm show, and you can win them by answering the five questions below before 9:00 am EDT on Wednesday, May 1st. Just post your answers in the comments section below, making sure to use a valid email address when you post. Then carefully watch your email and spam folder to see if you’ve won.

This is Broadway, folks, so the number of questions have been increased and none of them are multiple choice. So you’ll have to do a little work to find the answers.

1. What cantor’s son became a Broadway, film and recording star who fought against anti-Black racism in the theater beginning in 1911?

3. The first US theater built to be a Yiddish theater opened on the corner of Grand and Chrystie Streets in 1903. What was its name?

6. What Jewish Broadway actress played a lesbian who stole away Ross Geller’s wife in an iconic television sitcom?

7. What Jewish Tony-Award-winning wildly successful stage, screen and TV actress once starred in a TV series opposite a former boxer?