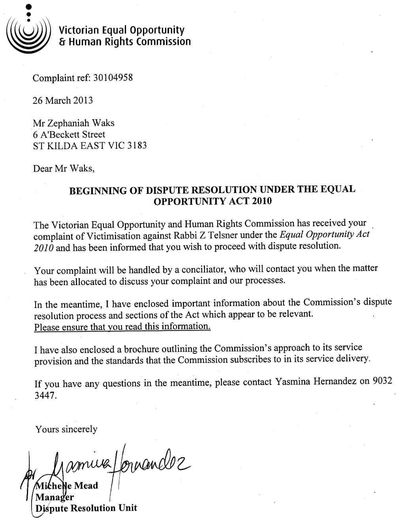 Update 4-5-2013 – I'm told that another complaint by Waks, this against Herschl Herbst of the Yeshivah Centre's shul committee, has also been accepted – but under the the Racial and Religious Tolerance Act of 2001, which I understand is a significantly bigger deal than the EOA of 2010.