Will The New Israeli Government Really Be Haredi-Free?

Will the new Israeli government really be haredi-free? A few hours can be an eternity in Israeli politics, but if this morning’s news holds, it will be. 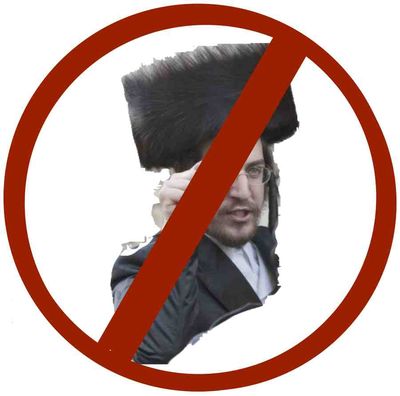 Will the new Israeli government really be haredi-free?

A few hours can be an eternity in Israeli politics, but if this morning’s news holds, it will be.

Netanyahu’s Likud-Beiteinu list has 31 seats, Yair Lapid’s Yesh Atid has 19, Naftali Bennett’s HaBayit HaYehudi has 12, Livni’s Hatnua has 6 and her former party, Kadima, has 2. The coalition will therefore have 70 out of 120 Knesset seats.

The agreement is expected to be signed later today.

The new government will likely to take office next week.

"The sides are displaying a lot of leadership and determination. We will have a good government. I envision a government with a historic opportunity, and I am very optimistic,” HaBayit Hayehudi’s Bennett told reporters outside his home this morning.

Yesh Atid’s Lapid told his Facebook readers that he was reserving comment until the agreement is signed.

Netanyahu was forced to accept Lapid's demand for a smaller government that will include no more than 22 cabinet ministers. Lapid and Bennett also reportedly forced Netanyahu to agree to draft haredim and to agree to enforce the law that mandates that all schools receiving government funding teach the country’s core curriculum. This would finally force haredi yeshivas to teach subjects like math, civics and science.

The haredi parties were not included in the coalition because they refused to compromise on any of those issues.

The new government reportedly intends to shorten the term of compulsory army service for men from three years down to two. Soldiers who opt to stay in the IDF for a third year will receive minimum wage and a grant for future academic studies.

Each year, 1,800 "diligent" haredi yeshiva students will be eligible to receive a special grant that excludes them from military service, but if they stop full time yeshiva study before turning 27-years-old, they will be fined. The rest of the haredim 21-years old and below will have the option of deferring their military service for a brief time to continue their yeshiva studies. After that time period ends, they will have to serve in the IDF or in a non-military national service option.

The deal also calls for enacting laws that will change the system of government. The proposed laws ensure that:

• The 34th government will consist of 18 ministers and four deputy ministers,

• There will be no ministers-without portfolio,

• The electoral threshold for a party to win Knesset seats will be raised from 2% to 4% of the total votes cast,

• Only 65 MKs, rather than a simple majority, will be able to topple a government,

Yesh Atid sources also reportedly told Ynet that the coalition deal also calls for the resumption of peace talks with the Palestinians and increasing financial support to Holocaust survivors.

Yesh Atid will get the Education Ministry portfolio but not the Interior Ministry. HaBayit HaYehudi will receive the powerful Knesset Finance Committee. Likud will have an extra deputy minister and its previous agreement with Tzipi Livni's Hatnua party remains in place.

Will The New Israeli Government Really Be Haredi-Free?

Will the new Israeli government really be haredi-free? A few hours can be an eternity in Israeli politics, but if this morning’s news holds, it will be.