The proposed bill would make Israel's democracy take a back seat to the country's Jewish character. The bill, which was proposed in the previous Knesset by a Kadima MK, was widely criticized as for being racist and apartheid-like. 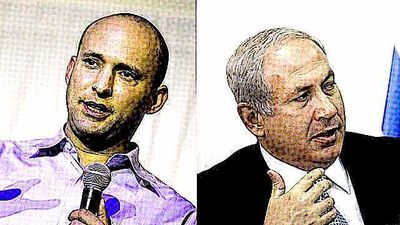 The coalition agreement signed Friday between [the right wing Zionist Orthodox] Habayit Hayehudi [political party] and [Prime Minister Benjamin Netanyahu's] Likud-Yisrael Beiteinu calls for a controversial bill for a Basic Law that would make the state's democratic character subservient to its Jewish character.…

According to a previous version of bill regarding Israel's character, whose legislation was halted in the last Knesset following a public outcry, the state would invest resources to promote Jewish settlement but not be similarly obligated to do so for other ethnic groups. Former Kadima MK Avi Dichter, who initiated the bill at the time, presented it in two different versions. One stated that Arabic would no longer be considered an official language, but rather would merely have a "special status." The other version presented that clause in softer wording.

Senior officials of Habayit Hayehudi did not know which of the versions presented to the previous Knesset would be brought before the new one, but they said they believed the clause about Arabic would not be included in it.

Dichter's bill was stopped by then-Kadima chairwoman Tzipi Livni after she was harshly criticized for it. However, now Livni is part of the government obliged by dint of coalition agreements to advance the bill. Livni, who is to serve as justice minister and head the Ministerial Committee on Legislation, will have a major say in whether the bill moves ahead. A senior figure in the Knesset said yesterday that the law is unlikely to pass because the ultra-Orthodox parties are not in the current coalition.

A senior judicial figure asked by Haaretz to look at the wording of the second, softer bill Dichter had proposed said: "I really don't understand the changes in the new wording of the bill. Dichter left the controversial clauses involving a change in the balance of the image of the State of Israel, and made the democratic rule subservient to the Jewish nationhood, and replaced the version he proposed with a version that even in terms of syntax is incomprehensible." The judicial figure called the second version of the bill "a mish-mash of ideas that may even be worse than the first version.”…

The proposed bill would make Israel's democracy take a back seat to the country's Jewish character. The bill, which was proposed in the previous Knesset by a Kadima MK, was widely criticized as for being racist and apartheid-like.