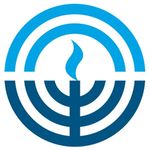 The American Jewish community continues to fail to provide adequate aid and housing for Jews who have become homeless. Last week I spoke with a homeless Jew in New York City whose story epitomizes the problems caused when the Jewish Federation and its constituent organizations turn a blind eye to the suffering of people they should be helping.

Last week I spoke with a homeless Jew in New York City whose story epitomizes the problems caused when the Jewish Federation and its constituent organizations turn a blind eye to the suffering of someone they should be helping.

The Jew in question is Russian. He came here just before the Soviet Union fell. He intended to apply for refugee status, but the fall of the Soviet Union made that application moot, and he remained in the US illegally.

Because his daughter and her husband are here legally, and now he has American grandchildren.

He injured his back, lost a job, and fell into debt. He lost his housing. And he lost some of the relationship he had with his family.

Are there mental health issues involved that the man did not admit to?

I don't know, but there very well could be.

At any rate, for the past two years, he has been living at a Salvation Army shelter. The Salvation army allowed him to spend Shabbat with his daughter and her family, returning to the shelter Saturday night or sometimes Sunday. The same arrangement applied for Jewish holidays, as well.

It is unclear whether his daughter knows her father is homeless.

Recently, the Salvation Army decided that the man can no longer skip staying in the shelter for one or two nights per week. Instead, it has allegedly mandated him to be there every night without fail and attend chapel services, as well.

If the Russian Jewish man doesn't return to the shelter before it closes each night, he will lose his bed and be forced to sleep on the street or find another shelter that will take him in.

Mandating attendence at chapel services is normal for Salvation Army shelters around the country. So are the rules about keeping a bed.

The man's immigration status could probably be worked out – if he wasn't homeless, poor, and ill.

But even so, he isn't the only Jewish man in New York City or the country facing a similar housing situation, and the vast majority of those men are not foreign nationals – they're Americans. Similarly, there are Jewish women facing nearly identical situations.

The NYC area Jewish Federation refuses to deal with or even acknowledge teh problem of single homeless Jews who are 18- to 62-years-old. This means there are no Jewish-run shelters for single Jews or childless couples. It means that, like the Russian man, young ex-haredim who flee abusive homes in Williamsburg or Borough Park or who leave those neighborhoods because they do not believe in Orthodoxy, can and do find themselves homeless. And the Jewish community turns a blind eye, just as it does regarding the Russian man and others. (Footsteps can help ex-haredim with emergency housing, but this is a short term solution that only helps that subset of homeless Jews.)

We as a community should not be relying on the kindness of the Salvation Army and other Christian organization to feed, clothe and house or homeless singles and childless couples.

And we shouldn't be turning a blind eye to the suffering of these people, even though some of them are mentally ill and/or substance abusers.

The adept homeless Jew can find his or her way to haredi soup kitchens (except for many of the ex-haredim who cannot or will not return to haredi neighborhoods). And, yes, the Federation through its constituent organization the Metropolitain Council on Jewish Poverty does help fund those haredi soup kitchens. But that solitary meal five days or six days a week is not enough for people who are truly destitute.

It doesn't have to be this this way and it should not be this way.

But it is this way because of the blindness and callousness of Federation leaders in New York City.

It is also this way in many other cities with Jewish populations, and those cities often lack the food assistance and other benefits New York City's Jewish community has.

Passover is one week away. As part of the seder, these Federation leaders – all of them well-dressed, well-fed, and well-sheltered – will recite the line from the Haggadah.

"All who are hungry, come and eat; all who are needy come and celebrate Passover."

But almost without exception, there will be no needy people, Jews or otherwise, at those Federation leaders' seder tables, and their organization – which claims to represent all Jews in New York City – will have allowed yet another year to pass as homeless Jews and others suffer unnecessarily.

And chances are, not one of these Federation leaders, Orthodox or not, will even begin to grasp this.

Posted at 04:15 AM in Poverty & Homelessness | Permalink

The American Jewish community continues to fail to provide adequate aid and housing for Jews who have become homeless. Last week I spoke with a homeless Jew in New York City whose story epitomizes the problems caused when the Jewish Federation and its constituent organizations turn a blind eye to the suffering of people they should be helping.