« Two Female Teachers Stoned By Haredim In Jerusalem | Main | On Orders Of Their Rabbis, Haredim Refuse To Report For Military Service, Await Arrest »

An Orthodox man jailed since 2007 for refusing to grant his wife a religious divorce, known as a get in Hebrew, escaped from the Jerusalem Rabbinical Court today during a debate regarding a possible divorce agreement. 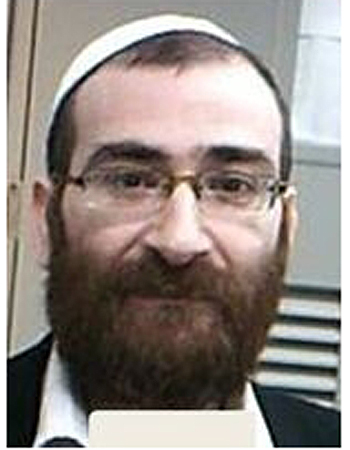 An Orthodox man jailed since 2007 for refusing to grant his wife a religious divorce, known as a get in Hebrew, escaped from the Jerusalem Rabbinical Court today during a debate regarding a possible divorce agreement, Ynet reported.

40-year-old Shay Cohen allegedly climbed out of a bathroom window on the second floor of the court building and ran away.

Police searched for him on the ground and in the air by helicopter.

Cohen's hands and legs were not bound while he was in court. Police believe that the escape was planned and that help was waiting for Cohen – who had no phone or wallet – on the street outside the court.

Cohen's long-suffering wife also claimed that her husband had planned the escape well in advance.

"He's not the sort of person who does things for no reason. After we finally managed to agree on the get, we found out he tricked us [by escaping] thanks to the Prison Service's negligence.…[whose guards] were behaving like they were his buddies,” ” she told Ynet.

In response to the escape, the Prisons Service formed a committee to investigate.

"Today we reached a settlement which seemed to convince him to agree to the divorce. I don't understand why he chose to go to the restroom and disappear," he said.

Israel's Chief Ashkenazi Rabbi Yona Metzger was one of the rabbinic judges hearing the case when Cohen escaped. Metzger urged Cohen to turn himself in.

"We've reached agreements after six years of suffering for your wife. Your way to freedom is short, turn yourself in and we'll find solutions," the chief rabbi said.

Metzger is stepping down at the end of March, and Cohen was expected to remain in jail at least until a new panel of rabbinic judges was formed to hear his case.

His wife's attorney Osnat Kraplos said the threat of continued imprisonment led to Cohen’s agreement to give his wife the get.

“That threat led to a breakthrough – it was decided that he'll meet his children five times [following seven years when he was not allowed to see his children] and grant the 'get'."

Cohen and his wife have reportedly been separated for more than 12 years.

An Orthodox man jailed since 2007 for refusing to grant his wife a religious divorce, known as a get in Hebrew, escaped from the Jerusalem Rabbinical Court today during a debate regarding a possible divorce agreement.