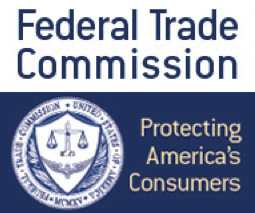 At the Federal Trade Commission’s request, a U.S. district court has temporarily shut down a Brooklyn, New York-based operation that the allegedly used deception, threats, and intimidation to induce elderly consumers to pay for medical alert systems they neither ordered nor wanted.

In its complaint, the FTC charges that telemarketers for Instant Response Systems call elderly consumers – many of whom are in poor health and rely on others for help with managing their finances – and try to pressure them into buying a medical alert service that consists of a pendant that supposedly allows them to get help during emergencies.  In numerous instances, Instant Response Systems allegedly has falsely claimed during sales calls that consumers who did not order the medical alert service have, in fact, bought the service and owe the company money -- often hundreds of dollars.

The company also allegedly has shipped bogus invoices and unordered medical alert pendants to consumers without their consent, has repeatedly threatened consumers with legal action in order to induce and coerce payment, and has subjected them to verbal abuse.  In addition, the FTC contends that Instant Response Systems has illegally made numerous unsolicited calls to consumers whose phone numbers are listed on the National Do Not Call Registry.

According to the FTC’s complaint, consumers who tried to contact the company to dispute the false charges or find out how to return unopened packages often were unable to reach anyone.  If they did reach a representative, they allegedly faced threats, verbal abuse, and demands that they pay for the product.

Based on this alleged conduct, the FTC charged the company and its principals with making illegal misrepresentations to consumers, violating the Telemarketing Sales Rule by calling phone numbers on the DNC Registry, and violating the Unordered Merchandise Statute by sending consumers pendants they did not order.

The Commission vote approving the complaint was 5-0, with former Chairman Jon Leibowitz and former Commissioner J. Thomas Rosch participating.  It was filed under seal in the U.S. District Court for the Eastern District of New York, Brooklyn Division, on February 25, 2013, and the seal was lifted on March 7, 2013.

The FTC appreciates the assistance of the New York State Office of the Attorney General in helping to investigate and bring this case.

NOTE:  The Commission authorizes the filing of a complaint when it has “reason to believe” that the law has been or is being violated, and it appears to the Commission that a proceeding is in the public interest.  The complaint is not a finding or ruling that the defendant has actually violated the law.  The case will be decided by the court.

The official complaint filed in federal court in Brooklyn as a PDF file: